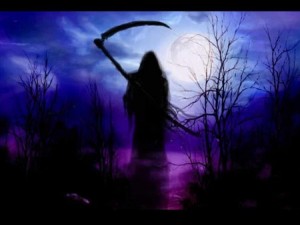 “The drones are like the angels of death. Only they know when and where they will strike.”

In the telling of some American officials, the C.I.A. drone campaign in Pakistan has been a triumph with few downsides: In more than 300 missile attacks there since 2008, dozens of Qaeda and Taliban leaders have been killed, and the pace of the strikes, which officials frequently describe as “surgical” and “contained,” has dropped sharply over the past year.

But viewed from Miram Shah, the frontier Pakistani town that has become a virtual test laboratory for drone warfare, the campaign has not been the antiseptic salve portrayed in Washington. In interviews over the past year, residents paint a portrait of extended terror and strain within a tribal society caught between vicious militants and the American drones hunting them.

“The drones are like the angels of death,” said Nazeer Gul, a shopkeeper in Miram Shah. “Only they know when and where they will strike.”

Their claims of distress are now being backed by a new Amnesty International investigation that found, among other points, that at least 19 civilians in the surrounding area of North Waziristan had been killed in just two of the drone attacks since January 2012 — a time when the Obama administration has held that strikes have been increasingly accurate and free of mistakes.

The study is to be officially released on Tuesday along with a separate Human Rights Watch report on American drone strikes in Yemen, as the issue is again surfacing on other fronts. On Wednesday, Prime Minister Nawaz Sharif, a vocal critic of the drone campaign, is to meet with President Obama in the White House. And on Friday, the drone debate is scheduled to spill onto the floor of the United Nations, whose officials have recently published reports that attacked America’s lack of transparency over drones.

But nowhere has the issue played out more directly than in Miram Shah, in northwestern Pakistan. It has become a fearful and paranoid town, dealt at least 13 drone strikes since 2008, with an additional 25 in adjoining districts — more than any other urban settlement in the world.

Even when the missiles do not strike, buzzing drones hover day and night, scanning the alleys and markets with roving high-resolution cameras.

That is because their potential quarry is everywhere in Miram Shah — Islamist fighters with long hair, basketball shoes and AK-47 rifles who roam the streets, fraternize in restaurants and, in some cases, even direct traffic in the central bazaar. The men come from an array of militant groups that take shelter in Waziristan and nearby, including Al Qaeda and the Afghan and Pakistani Taliban.

The militants’ commanders, however, are more elusive. Some turn up at the town’s phone exchange, to place ransom calls to the families of kidnapping victims who have been snatched from across Pakistan. Others run Islamic-style courts, filling the place of the virtually invisible government system. Still others stay completely out of sight, knowing they are being sought by the C.I.A.

In theory, the Pakistani security forces should be in charge. A sprawling base, with a long airstrip that is home to a fleet of American-made Cobra helicopter gunships, dominates the northern part of the town. Military engineers have just completed a new road that leads to the Afghan border, 10 miles to the north.

But apart from sporadic exchanges of fire with the militants, the soldiers are largely confined to their base, leaving residents to fend for themselves.

Unusually for the overall American drone campaign, the strikes in the area mostly occur in densely populated neighborhoods. The drones have hit a bakery, a disused girls’ school and a money changers’ market, residents say. One strike occurred in Matches Colony, a neighborhood named after an abandoned match factory that is now frequented by Uzbek militants.

While the strike rate has dropped drastically in recent months, the constant presence of circling drones — and accompanying tension over when, or whom, they will strike — is a crushing psychological burden for many residents.

Sales of sleeping tablets, antidepressants and medicine to treat anxiety have soared, said Hajji Gulab Jan Dawar, a pharmacist in the town bazaar. Women were particularly troubled, he said, but men also experienced problems. “We sell them this,” he said, producing a packet of pills that purported to treat erectile dysfunction under the brand name Rocket.

Despite everything, a semblance of normal life continues in Miram Shah. On market day, farmers herding goats and carrying vegetables stream in from the surrounding countryside. The bustling bazaar has clothes and food and gun shops.

Communication, however, is difficult. The army disabled the cellphone networks, so residents scramble to higher ground to capture stray signals from Afghan networks. And Internet cafes were shut, on orders from the Taliban, after complaints that young men were watching pornography and racy movies.

That ban distressed families that use the Internet to communicate with relatives working in Dubai, United Arab Emirates, and across the Persian Gulf states. Emigrant remittances are a cornerstone of the local economy.

On the edge of town, where buildings melt into low, tree-studded hills, young boys play soccer on the banks of the Tochi River. As in so many other countries, some youngsters wear the jersey of the English soccer club Manchester United.

But the veneer of normality is easily, and frequently, shattered. Every week the streets empty for a day as army supply trucks rumble through. The curfew is strictly enforced: several children and mentally ill residents who have strayed outside have been shot dead, several residents said.

In the aftermath of drone strikes, things get worse. Many civilians hide at home, fearing masked vigilantes with the Ittehad-e-Mujahedeen Khorasan, a militant enforcement unit that hunts for American spies. The unit casts a wide net, and the suspects it hauls in are usually tortured and summarily executed.

Journalists face particular risks. In February, gunmen killed Malik Mumtaz Khan, the president of the local press club. Some blame Pakistani spies, while others say the Taliban are responsible.

Meanwhile state services have virtually collapsed. At the local hospital, corrupt officials are reselling supplies of medicine and fuel in the town market, doctors said. At the government high school, pupils are paying bribes to cheat in public exams — and threatening teachers with Taliban reprisals if they resist, one teacher said.

The collapse has created business opportunities for Taliban spouses: one commander’s wife is a gynecologist, while an Uzbek woman works as a homeopath, the pharmacist said.

For some residents, the only option is to leave. Hajji, a 50-year-old businessman, moved his family to the port city of Karachi in 2011. His family was scared by militant pamphlets that threatened to execute American spies, he said, and the militants prevented his children from obtaining polio vaccinations.

“They think vaccinators are spies who are looking for militant hide-outs,” he said during an interview in Karachi, agreeing to be identified only by part of his name.

For a number of outraged Pakistani officials, the drone debate has centered on claims of civilian casualties, despite American assurances that they have been few. In defending the drone strikes, which have sharply decreased this year, American officials note that the operations have killed many dangerous militants. One major militant killed this year was the Pakistani Taliban deputy, Wali ur-Rehman. He was killed at Chashma village, just outside Miram Shah, in May.

Still, in a speech announcing changes to the drone program in May, Mr. Obama admitted that mistakes had been made. Civilian deaths from drone strikes will haunt him, and others in the American chain of command, for “as long as we live,” he said.

He added, “There must be near-certainty that no civilians will be killed or injured.”

But the new Amnesty International report, which examines the 45 known strikes in North Waziristan between January 2012 and August 2013, asserts that in several cases drones killed civilians indiscriminately.

Last October, it says, American missiles killed a 68-year-old woman named Mamana Bibi as she picked vegetables in a field close to her grandchildren. In July 2012, 18 laborers, including a 14-year-old boy, were killed near the Afghan border.

Ms. Bibi’s son, Rafiq ur-Rehman, and two of her injured grandchildren are due to travel to the United States next week to speak about their experiences.

“The killing of Mamana Bibi appears to be a clear case of extrajudicial execution,” said Mustafa Qadri, the report’s author, in an interview. “It is extremely difficult to see how she could have been mistaken for a militant, let alone an imminent threat to the U.S.”