CIA On Opposite Sides in Syria and Iraq

Yep, that’s right. We’re backing the same guys in Syria that we’re fighting in Iraq. When will the United States learn that it doesn’t know enough about the Middle East to go charging in there with guns? 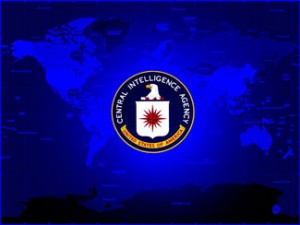 by Robert Dreyfuss
The Nation
http://www.thenation.com/blog/173318/cia-opposite-sides-syria-and-iraq

We’re backing the same guys in Syria that we’re fighting in Iraq.

Of course, we shouldn’t be involved in Iraq in any way, shape or form, but try telling that to the CIA. According to the Wall Street Journal:

The Central Intelligence Agency is ramping up support to elite Iraqi antiterrorism units to better fight al Qaeda affiliates, amid alarm in Washington about spillover from the civil war in neighboring Syria, according to U.S. officials.

The stepped-up mission expands a covert U.S. presence on the edges of the two-year-old Syrian conflict, at a time of American concerns about the growing power of extremists in the Syrian rebellion.

The Journal notes that this isn’t an accident. It was the result of a carefully thought-out White House decision:

In a series of secret decisions from 2011 to late 2012, the White House directed the CIA to provide support to Iraq’s Counterterrorism Service, or CTS, a force that reports directly to Iraqi Prime Minister Nouri al-Maliki, officials said.

The CIA has since ramped up its work with the CTS—taking control of a mission long run by the U.S. military, according to administration and defense officials. For years, U.S. special-operations forces worked with CTS against al Qaeda in Iraq. But the military’s role has dwindled since U.S. troops pulled out of the country at the end of 2011.

The paradox, obviously, is that Maliki, the guy we’re helping in Iraq, is an ally of Iran’s and is sympathetic to President Assad of Syria. That’s because were the Sunni-led rebels in Syria to seize Damascus and topple Assad, they’d turn their wrath next door against the Shiite-led Maliki regime, and funnel weapons and fighters to support the Sunni-led rebels in Iraq.

That’s not stopping the United States, though, from boosting the fortunes of the Syrian rebels by funneling aid and support to them and coordinating the flow of weapons from Saudi Arabia, Qatar and Turkey, Meanwhile, as the New York Times has been reporting for a while, the same CIA that is trying to squash the Sunni rebels in Iraq is actually training Sunni rebels in a secret program in Jordan, to fight in Syria.

It all comes together in the recent reports that dozens of Syrian soldiers, loyal to Assad, who fled into Iraq recently, were then massacred by Iraqi Sunni crazies.

We blundered, bungling, into Iraq in 2003 without knowing really a damn thing about the country we invaded. When will the United States learn that it doesn’t know enough about the Middle East to go charging in there with guns, seemingly without a clue about what it all means?