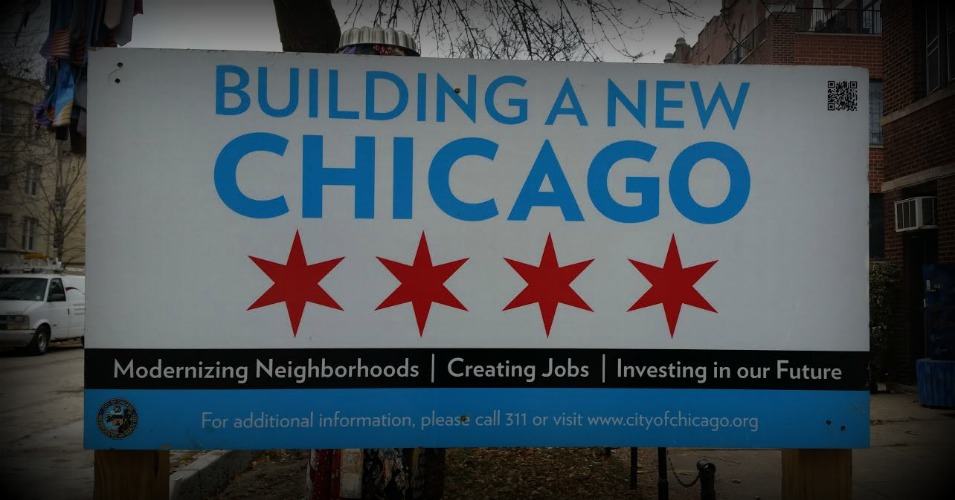 Chicago is being privatized. Assets are being sold off, Wall Street debt is mounting, and the mayor conducts business with multi-millionaire donors who often reap benefits from their connections to City Hall. The people of Chicago, who will be electing their next mayor on February 24, need to know the facts about their city’s financial problems. Some of these facts won’t be found in the mainstream media.

Like Detroit in 2013, Chicago is becoming a symbol of a divided nation, of a society crippled by a 35-year-old notion that the “public good” is somehow un-American. Other U.S. cities have learned that their people and their public services are not products to be bought and sold. Chicago, under Rahm Emanuel and Richie Daley and an assortment of Illinois Governors, has been headed in the other direction.

It starts with the public schools, the anchors of their communities and centers of equal opportunity for our children. Illinois cut education spending by a greater percentage than any other state in fiscal 2012, and for 2013 it was third-worst in cuts per student. Privatizers rushed in and blamed the public system. As a result, 50 neighborhood schools were closed in Chicago, opening the way for charter schools, which take taxpayer money but have little accountability to the public and an obligation only to their investors.

No Money. Whose Fault?

In recent years the state’s largest corporations have been paying only about a third of their required state taxes. Many of these companies have avoided their taxes by threatening to relocate in other states, effectively holding Illinois hostage, while reducing their tax payments by billions of dollars. The plunder goes beyond that. A report by the nonprofit “Good Jobs First” revealed that over 300 Illinois companies are KEEPING the state taxes paid by their employees. That’s right – the “Economic Development for a Growing Economy” (EDGE) Tax Credit gives corporate subsidies of tens of millions of dollars meant for education and infrastructure, while average citizens make up the difference.

Illinois is paying more in corporate subsidies, tax breaks, and loopholes than it pays each year toward its pension fund. As one example, the state has hundreds of companies enjoying TIF subsidies, which divert tax revenue from schools to business development. Hundreds of millions of dollars are lost to our public schools.

Some of the corporate subsidies are hard to believe. The Chicago Mercantile Exchange (CME), for example, with billions of untaxed contracts worth well over a quadrillion dollars, and whose profit margin in recent years is higher than any of the top 100 companies in the nation, had the hubris to demand an $85 million per year tax break. They got it.

The Middle Class Ends Up Paying

Chicago has one of the highest sales tax rates in the country. Illinois has the second highest property taxes in the nation. The Illinois state income tax rate was increased by a whopping 66%, then adjusted downward, but still 25% higher than five years ago.

It’s little wonder that a report by the Institute on Taxation and Economic Policy lists Illinois as one of the “Terrible Ten” most tax-regressive states, imposing a much higher rate on poor residents for sales and excise taxes, property taxes and income taxes.

Deprived of revenue by tax-avoiding corporations, and lacking any semblance of progressive taxation, it’s also no surprise that, according to Reuters, Illinois has the worst-funded state pension system and the lowest credit ratings among all 50 states. Chicago’s pension shortfall, stunningly, is several times worse than Detroit’s at the time of its bankruptcy.

It’s More Than Just the Schools

With corporations and individuals paying less taxes, a “starve the beast” mentality has taken over, with the public system being blamed for an inability to function, and a call for privatization to come to the rescue. This impacts much more than schools. Parking meters, Ventra rapid transit, CPS custodians, expressway billboards, and Skyway tolls have all undergone at least partial privatization.

Even the vital area of pre-K education is set up to benefit big business, with noble-sounding social impact bonds likely to double the profits of Goldman Sachs and other investors in the next few years.

It Goes Far Beyond Chicago

Many cities and states have come to their senses. Pennsylvania has been fighting the takeover of their celebrated turnpike. Atlanta managed to end a disastrous privatization experiment with United Water. Towns in California and Pennsylvania also fought water deals that led to rapid rate increases, job losses, and service inefficiencies. There are numerous examples that reveal the folly of selling off pieces of the common good.

Yet Chicago, along with the entire state of Illinois, continues to falter, having been undermined by tax-avoiding corporations and a business-friendly government. Privatizers are positioning themselves for the kill. The voters on February 24 should be saying over and over: “Don’t Sell Chicago!”