Censorship at the Supreme Court 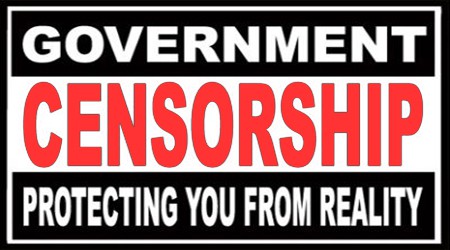 Four years after Citizens United v. FEC, we have met the real censors and they are not the bureaucrats at the FEC. These censors have unceremoniously deleted a civil protest from official court records.

He said, “I rise on behalf of the vast majority of the American people who believe that money is not speech, corporations are not people, and our democracy should not be for sale to the highest bidder. Overturn Citizens United.”  And then security escorted him out. The court sketch artist, Arthur Lien — who really must be extraordinarily quick on the draw —put this outwatercolor of the event.

Mr. Newkirk, or a compatriot, smuggled in a video camera to capture the whole event. The fact that the protest was videoed is novel in and of itself since the Supreme Court does not allow cameras in the courtroom. This protester has something that even Fox, CNN, MSNBC, and CSPAN don’t have: video from within the inner sanctum.

However when the transcript and audio of Wednesday’s oral argument was released, the protest was completely missing. Apparently, someone at the Supreme Court is wearing a censor-in-chief hat.

This is all more than a little ironic since the case Mr. Newkirk was protesting — Citizens United— was won on anti-censorship free speech grounds.

Just as a reminder, in the first oral argument of Citizens United v. FEC back on Tuesday, March 24, 2009 a key turning point was an exchange between Deputy Solicitor General Malcolm Stewart and Justices Alito, Kennedy, and Roberts about whether the government would be able to censor a book under the then operative corporate ban on electioneering. Here’s a little taste of how badly that oral argument went:

Chief Justice Roberts: If it’s a 500-page book, and at the end it says, and so vote for X, the government could ban that?

Mr. Stewart: –Yes, our position would be that the corporation could be required to use PAC funds rather than general treasury funds.

Chief Justice Roberts: And if they didn’t, you could ban it?

Mr. Stewart: If they didn’t, we could prohibit the publication of the book using the corporate treasury funds.

Never mind that the statute in question did not apply to books at all. Based in part of this exchange, which raised the specter of banning political books at least in the hypothetical, the Supreme Court ordered re-argument in Citizens United on the issue of whether the Court should overrule Austin v. Michigan Chamber of Commerce and McConnell v. FEC — two cases that had previously upheld various bans on corporate expenditures in candidate elections. At the re-argument, Solicitor General Elena Kagan had to clarify that the U.S. government was no longer taking the position that it could ban books.

In 2010, the Supreme Court did overrule Austin and part of McConnell in the Citizens Uniteddecision that included gems like this: “These [FEC] prohibitions are classic examples of censorship.” This is part of why Citizens United won its case — because the U.S. Constitution doesn’t allow the government to censor political speech. (As Justice Stevens’ cogent dissent explained, this censorship framing grossly misunderstood how the law worked since corporations could still speak through PACs. But that’s a topic for another blog.)

One has to presume it wasn’t a rogue court reporter editing for the fun of it who removed the protest from the official record last week. We’re finally through the looking glass where the Supreme Court that holds itself out as protecting the freedom to speak has been caught red handed cutting a civil protest from history. Without the protestors’ own video and the quick court artist, there might little evidence that it happened at all.

This altering of the historical record is particularly galling from a Supreme Court that tries to cloak itself in the veneer of protecting freedom of speech under a host of circumstances from campaign finance, to protests at military funerals to crush videos.

But the Court should know better than this. This deletion can’t hide the facts of the protest, which was noticed by major newspapers from The New York Times, Reuters, The Washington Post, to The Washington Times, as well as lawyers that were in the room that day. These are two crowds that won’t fall for a “there’s nothing to see here” subterfuge.

In creating the federal courts, Alexander Hamilton argued the judiciary would be the least dangerous branch, lacking both the sword and the purse. As Justices Breyer and O’Connorhave said on different occasions all the Supreme Court really has is its good name and the respect for the institution in the minds of the American people.

The image of the Court wielding black markers and deciding what words the American public can’t handle is not one that inspires any confidence. After all, the Court once appended George Carlin’s “7 words you can’t say on TV” to its opinion. (You might not be able to say the words on TV, but the Supreme Court had no trouble with placing them into an official court record.)

As Justice Scalia once put it in Doe v. Reed: “Requiring people to stand up in public for their political acts fosters civic courage, without which democracy is doomed.” The Supreme Court needs to have a little civic courage of its own. The Court should give us a clean transcript of the truth that happened the day Mr. Newkirk protested. Then the conversation would be about the merits of the protest and not the hypocrisy of the “First Amendment” Court acting as a censor.