A conversation with
Eitan Fenson and others
Build Democracy, End Corporate Rule Campaign 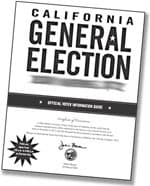 Suppose we could vote to end corporate influence in our elections. Imagine we could cast a ballot to rein in corporate power. Dreaming? Not quite.

Right now, there’s a true grassroots effort in the works to do just that by putting an Initiative on the November ballot called Build Democracy, End Corporate Rule. The Initiative would be Santa Clara County only, but it could very well be the start of something much, much bigger. And that’s the point.

BDECR asks county voters to endorse the idea of a 28th Amendment to the Constitution which specifies that Constitutional Rights are granted to human beings, not corporations; and that money is not equivalent to speech. The initiative will also establish a “Democracy Day” in the County. The goal of this effort is to reverse the U.S. Supreme Court’s ruling in Citizens United v. Federal Election Commission. (And, perhaps, the still-pending Supreme Court ruling in McCutcheon v Federal Election Commission.)

The ballot measure effort is the brainchild of the hard working activists of Santa Clara County Move to Amend, part of a national effort to build support for – and ultimately see passed – a 28th Amendment.

Come to this month’s forum to learn more about the ballot measure, why we need it, the grassroots effort behind it, and how you can get involved and make sure it is successful. Even if you don’t live in Santa Clara County, you can benefit from learning about and being inspired by this audacious grassroots struggle.

Join us for this live TV broadcast and take part right in the studio with us. We devote a substantial portion of every forum to dialogue with our audience members. So come with your questions, comments and ideas and be a part of it! It’s free and wheelchair accessible.