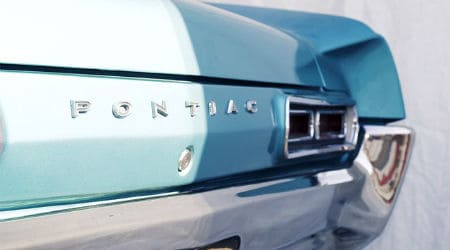 This past Saturday morning in North Charleston, South Carolina, Officer Michael Slager shot and killed Walter Scott, a 50-year-old resident of the city, after a traffic stop turned into an altercation. In its report, the North Charleston Police Department says Scott, who is black, took control of Slager’s Taser and tried to use it against him. Fearing for his life, Slager “resorted to his service weapon” and shot Scott.

On Tuesday, however, the Charleston Post and Courier released video footagethat challenged the official narrative. Taken by an anonymous bystander, the clip shows a brief scuffle in which Slager uses his Taser. But then Scott runs away—his family said he didn’t want to go to jail for owing child support—at which point Slager raises his gun and fires eight times, killing Scott. Slager cuffs him and later picks up a small black object and drops it near the body.

This footage, which completely contradicts Slager’s account, has led the city to take legal action, charging him with murder, and it fired him from the police force. It’s a swift reaction that likely wouldn’t have happened without the documentation. It would have been “swept under the rug,” says Scott’s father. Instead, both the police chief and the South Carolina police union have condemned the shooting. “It is a sad day for us all when a police officer makes what appears to be a very bad decision that resulted in an unnecessary death,” said the South Carolina Law Enforcement Officers’ Association in a statement to BuzzFeed, endorsing the murder charge and declaring that the “swift decision to charge the officer demonstrates that law enforcement will not tolerate the tarnishing of the badge and oaths we all take so seriously.” For accountability, the video was crucial.

There’s not much more to say about the shooting itself, beyond remarking on how shocking it was. When it comes to police abuse, it’s as close to an open-and-shut case as you’ll ever see. But it’s worth looking closely at the events that led to the shooting. Not the struggle or altercation, but the traffic stop itself.

Simply put, Slager’s stop of Scott—on an ordinary road in a sprawling Southern city—seems to fit a pattern identified by sociologists Charles R. Epp, Steven Maynard-Moody, and Donald Haider-Markel in their massive study of traffic stops in the Kansas City metropolitan area, Pulled Over: How Police Stops Define Race and Citizenship. The authors identify two kinds of stops: traffic safety and investigatory. In the former, drivers are stopped for clearly breaking traffic laws, from speeding to driving under the influence. These stops are straightforward. Officers explain the offense, follow a procedure, and issue a ticket. The process is quick and unremarkable. This is true for whites and blacks. “In traffic-safety stops,” write Epp, Maynard-Moody, and Haider-Markel, “gender and age hardly matter at all and has race has no significant influence.” Or, as they say a little later in the book, “In stops for excessive speeding … the driver’s race has no relevance to the likelihood of being stopped. It is driving behavior, pure and simple, that determines whether a driver is stopped to enforce the traffic-safety laws.”

There are racial disparities in police stops—blacks are stopped twice as often as whites—but they aren’t related to traffic safety offenses, in which cops exercise a little less discretion and violations are equal within groups. Where we see a difference—even after we adjust for driving time (on average, blacks drive more and longer than whites)—is in investigatory stops. In these, drivers are stopped for exceedingly minor violations—driving too slowly, malfunctioning lights, failure to signal—which are used as pretext for investigations of the driver and the vehicle. Sanctioned by courts and institutionalized in most police departments, investigatory stops are aimed at “suspicious” drivers and meant to stop crime, not traffic offenses. And as the authors note, “virtually all of the wide racial disparity in the likelihood of being stopped is concentrated in one category of stops: discretionary stops for minor violations of the law.”

The difference between the two kinds of stops is dramatic. Where traffic safety stops are mostly painless (other than tickets), investigatory stops involve searches, impromptu interrogations, and occasionally handcuffs and weapons. Here’s how one black man described his experience:

I was driving a ’79 Cadillac Seville, white, that I was fixing up. You know, I’d been working on restoring it, you know, it was looking pretty good. I had really taken it down to test it out. So he pulled me over and he said, you know, regular procedure “driver’s license and registration” and whatever. And he said that I was going 67 in a 65 mile-per-hour zone, or something like a couple miles over the speed limit, that is the reason why stopped me. And I said, “Well, my speedometer said 65.” He said, “Well, because you got bigger tires and stuff like that on the car, the car is traveling a lot … it travels a lot faster.” I think he said then that whatever the speedometer is saying, you are going faster. And he stopped me for that and while he stopped me he was talking to me and he looked in there and I had a cell phone, I had a car phone sitting in there. And then he said, “Do you have any kind of drugs or guns in the car?” And I said, “No.” He said, “Do you mind if I search the car?” and I told him, “No, I don’t mind.” …

So he told me to go on the front of the car and put your hands on the front of the car … [H]e looked around and everything, and when he got through he came back and he didn’t find anything, and he came back and said, “The reason why we checked your car is we’ve been having problems with people trafficking drugs up and down the highway.” So that was that.

But even this doesn’t capture the full picture. For that you need to look at the likelihood of stops as it relates to a host of demographic and vehicle information. And there, the pattern holds. Again, the authors say, for traffic safety stops, “the most important influences … are how people drive and not how they look.” The more you break traffic laws, the more likely it is you’ll get stopped. This isn’t true for investigatory stops. For white men, the odds of being stopped in this manner peak when they’re between 16 to 25 years old—when there’s a 15 percent chance—and decline so that by middle age, a given white man will have a smaller than 10 percent chance of being in an investigatory stop. (For white women, it’s less than 10 percent in youth and less than 5 percent in middle age.)

lack men aren’t so lucky. For them, the odds of being stopped this way start at 30 percent and don’t reach the 10 percent mark until they’re in their 50s. (For black women, it starts at roughly 20 percent and declines to under 10 percent by age 40.) Indeed, a black man at 70 is more likely to be stopped for a minor offense and investigated than a white man in his 30s, despite a much lower chance of criminal activity. The same pattern holds for your odds of being stopped more than once in a year; for young black men it’s upward of 35 percent, while for young white men it’s around 15 percent. Black men don’t reach 15 percent until their 40s, while the odds for white men dip to less than 10 percent by that time.

Which brings us back to the stop that preceded the encounter between Slager and Scott. Scott was driving an older-model Mercedes-Benz with a broken taillight through North Charleston, which is the second largest city in the area and has one of the highest violent crime rates in the state. Police didn’t explain why Scott was pulled over, but investigatory stops are a regular practice for most law enforcement agencies, and it’s likely Scott was flagged for his taillight. We don’t know what happened between the stop and the video; Scott may have struggled when the officer came to his door, or—fearing an interrogation or arrest—he may have ran as soon as the encounter happened. Those are questions we still need to answer.

What we can say, however, is that the shooting of Walter Scott happened in an institutional environment where police officers are encouraged to make intrusive stops against people they deem suspicious. Overwhelmingly, those people are black American men. And as we’ve seen with stop-and-frisk tactics in New York City and with the behavior of the Ferguson Police Department, these stops aren’t effective; they yield fewer suspects and less contraband than what you get from more targeted investigations. Instead, they poison the relationship between departments and communities, creating mistrust and entrenching the view—among the police, the policed, and everyone else—that blacks are lesser citizens than their peers. Whether Slager, who is white, was racially biased—there’s no evidence he was—is irrelevant. What matters is that this universal suspicion is baked into the culture of police departments across the country, such that all kinds of officers—black as well as white—engage in profiling.

So we need to ask: Is this worth it? Does what we gain in crime control from investigatory stops justify the costs to individuals, families, and civic cohesion? Is it worth the extent to which these stops erode trust in police, discourage political participation, and create feelings of racial subordination? If it is, then we should carry on. But if we want to control crime without harming our society, then we need to rethink our approach. And although we don’t know how often violence happens in these stops, it’s a fact of numbers that when you expose huge quantities of people to regular, invasive police contact, this kind of tragedy is inevitable. If it wasn’t Walter Scott in North Charleston—or Eric Garner in New York—it would have been someone, somewhere.