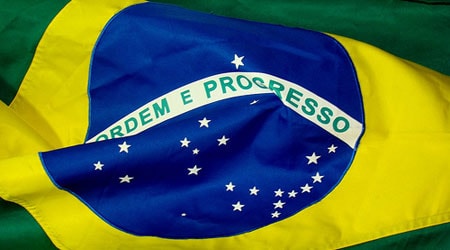 RIO DE JANEIRO — When I visited China in June, my trip happened to coincide with the discovery that Edward Snowden was hiding out in Hong Kong. By then, Snowden’s revelations about the voracious data-collection operation by the National Security Agency was front-page news all over the world. Snowden hadn’t yet been charged for the leak of tens of thousands of pages of classified N.S.A. documents, but it was clear that it was coming. So it was only natural to ask — as many journalists did — would Hong Kong give Snowden asylum if he requested it?

Now I’m in Brazil, where I’ve spent the last few weeks, and wouldn’t you know it? A question very much in the air here is whether Brazil would grant Snowden asylum once his temporary stay in Russia comes to an end. In recent weeks, Snowden had twice expressed publicly his desire to gain asylum to Brazil, once in an open letter published in a newspaper in São Paulo — in which he said he would cooperate with Brazilian authorities investigating the N.S.A. once he was safely inside the country — and then, somewhat more cautiously, in a television interview.

With the possible exception of Germany, there isn’t another nation as publicly irate over the eavesdropping on its citizens and its government as Brazil. Upon learning that the N.S.A. had spied on her personal communications, Brazil’s president, Dilma Rousseff, canceled a state visit. Then, during a speech to the United Nations, she excoriated the United States, even as President Obama stood in the wings. Along with Germany, Brazil has rekindled a long-stalled effort to create a new structure for Internet governance, one that would be less dependent on American companies and American networks. Virgílio Fernandes Almeida, a government official who is chairman of the country’s Internet Steering Committee, told me that there is no question that the Snowden revelations helped jump-start the effort.

Indeed, two weeks ago, a $4 billion contract for a fighter jet, in which Boeing was said to be the front-runner, went to a unit of Saab instead. Although Saab was the lowest-cost bidder, “The N.S.A. problem ruined it for the Americans,” a Brazilian government source told Reuters.

“Brazil was one of the most targeted countries,” said Glenn Greenwald, the journalist who is based here and is closest to Snowden. “It was more than even Russia or China.”

What is also true is that Greenwald, who has published dozens of stories in The Guardian based on the documents Snowden supplied, did his best to stoke Brazil’s rage. After every print revelation — O Globo, a large Brazilian daily, was his vehicle of choice — he would appear on a popular show similar to “60 Minutes” to talk up his latest bombshell. “Snowden became almost a household name after that,” said Maurício Santoro, a Rio-based human rights advocate for Amnesty International.

And then Greenwald found the document about the surveillance on Dilma’s phone calls, text messages and emails, and all hell broke loose. “It wasn’t a supertechnical document,” Greenwald told me. “It was written for an idiot. It was like, ‘Great news. We have had great success eavesdropping on Dilma.’ ”

Perhaps just as infuriating to the Brazilian elites was the discovery that the N.S.A., along with Britain’s secret spy agency, GCHQ, had apparently succeeded in penetrating the private computer network of Petrobas, a giant state-owned oil company and a source of national pride.

“Why did they have to do this to us?” asked Santoro, posing the question many Brazilians still want answered. “Of course we have our disagreements with the U.S., but we are not enemies. What has also been maddening has been the lack of a clear explanation from the Obama administration,” he added.

Yet for all that, Santoro doesn’t think that Brazil will give Snowden asylum. So far, the government has been coy, saying that because Snowden has not applied for asylum through the proper channels, there is nothing to talk about. The way it was explained to me, though, Brazil prefers to use what it likes to call “soft power” on the world stage — global consensus building, that sort of thing. Helping to create an Internet governance system fits nicely in that model. Giving Snowden asylum does not.

Meanwhile, the American government shows no signs of softening its stance of trying Snowden for espionage if it gets its hands on him. It’s worth remembering that another important whistle-blower, Daniel Ellsberg, was eventually put on trial for leaking the Pentagon Papers. The case was thrown out of court largely because of government misconduct, starting with the break-in of the office of Ellsberg’s psychiatrist.

At least as it concerns the N.S.A., government misconduct is now official policy. We know that thanks to Snowden. He needs a place to live. Why not you, Brazil?