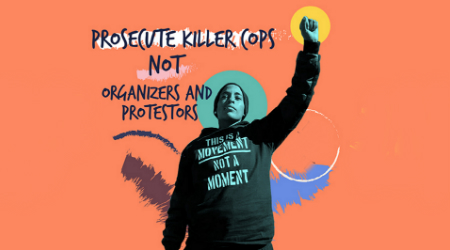 By Jelani Cobb
The New Yorker

The least disputable measure of a bad week is any seven-day period that requires a body count at the end of it. Seven Americans in three different cities died in high-profile incidents this week, all of them captured, at least partially, on video and disseminated by social media. Taken in sum, the deaths of Alton Sterling, in Baton Rouge, Louisiana; Philando Castile, near St. Paul, Minnesota; and Officers Lorne Ahrens, Michael Krol, Michael J. Smith, Brent Thompson, and Patrick Zamarripa, in Dallas, Texas; seem like installments in a macabre serial: “The Purge” recast as a reality show. There are common threads here: the surfeit of guns in American society, the chasm between law enforcement and many African-Americans, the ways in which social media have transformed the public into a nation of eyewitnesses.

No single organization has been as consistently identified with these questions in the past two years as Black Lives Matter. There’s confusion about what B.L.M. is because it exists both as a discrete national network of activists and as a much more amorphous movement focussing largely on police accountability. In the wake of Sterling and Castile’s deaths—which occurred within forty-eight hours of each other—it was possible to imagine that public opinion might become more sympathetic toward B.L.M.’s cause. (A recent Pew study yielded that only four out of ten people surveyed supported Black Lives Matter.)

The following day, however, a sniper claimed five lives and fundamentally altered the dialogue around race, policing, and reform in ways we have yet to fully countenance. Conservative critics placed the blame for these deaths at the feet of Black Lives Matter—despite the sniper’s statement, and the evidence thus far, that he had worked alone. I spoke with Alicia Garza, the co-founder of Black Lives Matter, about the meaning of this week, the charges that her organization encourages violence against law enforcement, and the implications of Dallas for the future of the movement. (The conversation took place on Saturday evening, just before word came that more than a hundred protesters, including DeRay Mckesson, a movement activist, had been arrested in Baton Rouge.) The interview has been edited and condensed.

Continue reading at The New Yorker