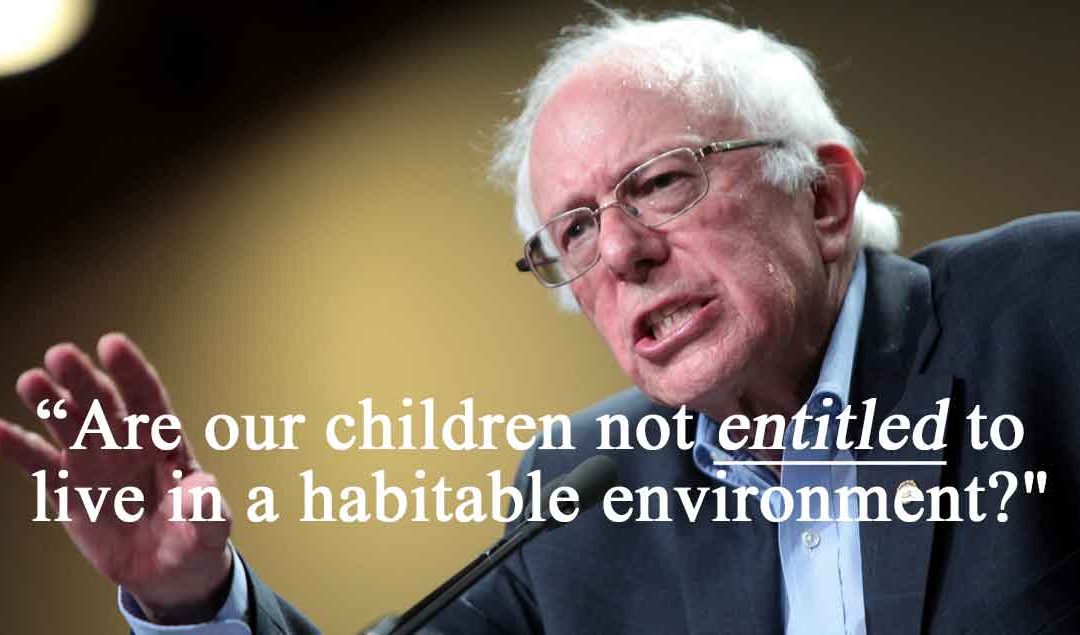 Sen. Bernie Sanders (I-Vt.), chairman of the Senate Budget Committee, Wednesday held a press conference at the Senate Radio and T.V. Studio Gallery on the budget reconciliation bill and Sen. Joe Manchin’s (D-W.Va.) comments about the legislation. His remarks, as prepared for delivery, are below:

“As Chairman of the Senate Budget Committee, I want to say a few words about the $3.5 trillion reconciliation bill that a number of us are fighting for and I’d also like to make some brief comments about what Senator Manchin said today about the bill.

“First, let’s be clear. Poll after poll including polls in West Virginia show us that what we are trying to do in this legislation is enormously popular.

“And while we’re at it let me tell you who is vigorously opposed to this bill. The pharmaceutical industry is spending hundreds of millions of dollars in opposition because they don’t want us to lower the outrageous cost of prescription drugs.

“The health insurance companies are spending huge amounts because they don’t want us to expand Medicare to cover dental, hearing aids and eyeglasses.

“The fossil fuel industry, the coal companies and the oil companies are spending millions despite the fact that the scientists are virtually unanimous in telling us that we’ve got to end our dependence on fossil fuels and move to renewable energy and energy efficiency.

“And the billionaire class is spending a fortune because they love the idea of some of the richest people in this country and largest corporations not paying, in a given year, a nickel in federal income tax.

“In other words, we are taking on some of the most powerful special interests in this country who will end up spending many hundreds of millions in order to prevent us from protecting the interests of working families, the elderly, the children, the sick, and the poor, and protecting the planet for future generations.

“Senator Manchin talks about not wanting to see our country become ‘an entitlement society.’ Well, I’m not exactly sure what that means.

“Does that mean that we end the $300 direct payments for working class parents which have cut childhood poverty in half in America? Is protecting working families and cutting childhood poverty an ‘entitlement’?

“Does Senator Manchin think we should once again have one of the highest levels of childhood poverty of any major country on earth?

“At a time when millions of seniors have teeth in their mouths which are rotting, when they can’t afford hearing aids to communicate with their grandkids, when they can’t afford a pair of glasses to read a newspaper, does Senator Manchin believe that seniors are not entitled to digest their food and that they are not entitled to hear and see properly? Is that really too much to ask in the richest country on earth?

“Does Senator Manchin not believe that seniors and people with disabilities are entitled to stay in their homes, rather than be forced into expensive and understaffed nursing homes? If that’s what he believes than let him tell us that.

“Does Senator Manchin not believe that we have to end the absurdity of paying, by far, the highest prices in the world for prescription drugs – sometimes ten times more for a particular drug than any other country?

“Does Senator Manchin believe that we should be the only major country on earth not to guarantee paid family and medical leave? And that working mothers should not be able to stay at home with a sick kid? Are workers not entitled to that?

“Does Senator Manchin believe that working class parents in Vermont and West Virginia should have to pay 25 or 30 percent of their incomes on childcare so that they can go to work and make sure that their kids are decently taken care of?

“Are the children of this country not entitled to high quality childcare and pre-K education?

“Does Senator Manchin not believe that working families in this country are entitled to affordable housing and that we should not have some 600,000 people in America including many veterans who are homeless?

“Does Senator Manchin not believe that at a time when we have a major labor shortage because our young people lack the skills they need that they are not entitled to at least two years of free community college?

“And, perhaps, most importantly, does Senator Manchin not believe what the scientists are telling us that we face an existential threat regarding climate change, and that it is absolutely imperative that we move boldly to cut carbon emissions?

“Are our children and grandchildren not entitled to live in a healthy and habitable environment?

“Senator Manchin has been critical of the $3.5 trillion proposal that many of us support. But the time is long overdue for him to tell us with specificity what he wants and does not want and explain that to the American people.

“I look forward to working with Senator Manchin and everyone else to pass a strong reconciliation bill and a bipartisan infrastructure bill.”