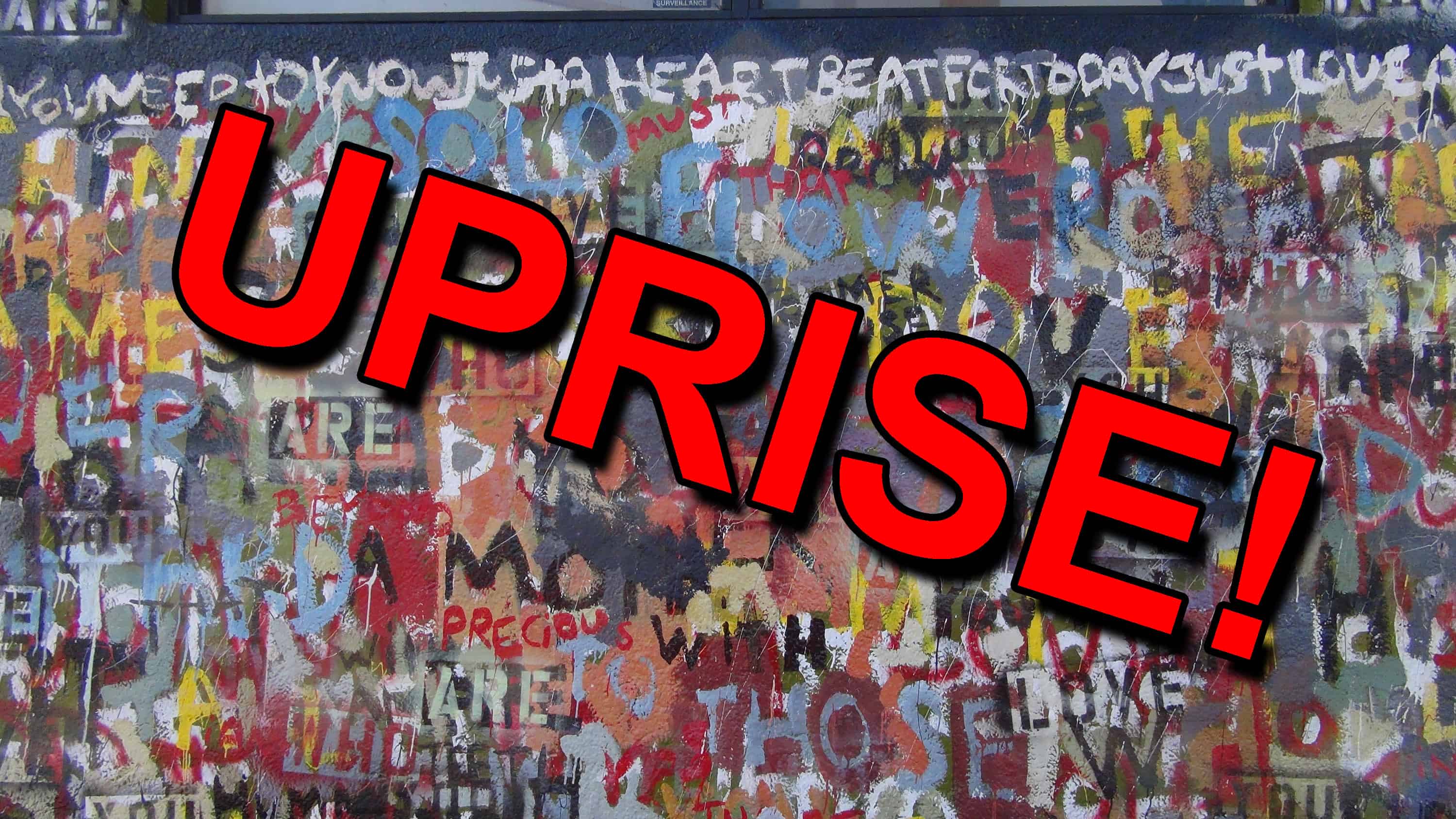 Bernie Sanders, who has attracted numerous young, white, college-educated supporters in his bid for the presidency, says he is creating a movement and promises a political revolution. This rhetoric is an updated version of the “change” promised by the 2008 campaign of Barack Obama and by Jesse Jackson’s earlier National Rainbow Coalition. Such Democratic electoral campaigns, at best, raise political consciousness. But they do not become movements or engender revolutions. They exist as long as election campaigns endure and then they vanish. Sanders’ campaign will be no different.

No movement or political revolution will ever be built within the confines of the Democratic Party. And the repeated failure of the American left to grasp the duplicitous game being played by the political elites has effectively neutered it as a political force. History, after all, should count for something.

The Democrats, like the Republicans, have no interest in genuine reform. They are wedded to corporate power. They are about appearance, not substance. They speak in the language of democracy, even liberal reform and populism, but doggedly block campaign finance reform and promote an array of policies, including new trade agreements, that disempower workers. They rig the elections, not only with money but also with so-called superdelegates—more than 700 delegates who are unbound among a total of more than 4,700 at the Democratic convention. Sanders may have received 60 percent of the vote in New Hampshire, but he came away with fewer of the state’s delegates than Clinton. This is a harbinger of the campaign to come.

If Sanders is denied the nomination—the Clinton machine and the Democratic Party establishment, along with their corporate puppet masters, will use every dirty trick to ensure he loses—his so-called movement and political revolution will evaporate. His mobilized base, as was true with the Obama campaign, will be fossilized into donor and volunteer lists. The curtain will come down with a thunderclap until the next election carnival.

The Democratic Party is a full partner in the corporate state. Yet Sanders, while critical of Hillary Clinton’s exorbitant speaking fees from firms such as Goldman Sachs, refuses to call out the party and—as Robert Scheer pointed outin a column in October—the Clintons for their role as handmaidens of Wall Street. For Sanders, it is a lie of omission, which is still a lie. And it is a lie that makes the Vermont senator complicit in the con game being played on the American electorate by the Democratic Party establishment.

Do Sanders’ supporters believe they can wrest power from the Democratic establishment and transform the party? Do they think the forces where real power lies—the military-industrial complex, Wall Street, corporations, the security and surveillance state—can be toppled by a Sanders campaign? Do they think the Democratic Party will allow itself to be ruled by democratic procedures? Do they not accept that with the destruction of organized labor and anti-war, civil rights and progressive movements—a destruction often orchestrated by security organs such as the FBI—the party has lurched so far to the right that it has remade itself into the old Republican Party?

The elites use money, along with their control of the media, the courts and legislatures, their armies of lobbyists and “think tanks,” to invalidate the vote. We have undergone, as John Ralston Saul has written, a corporate coup d’état. There are no institutions left within civil society that can be accurately described as democratic. We do not live in a capitalist democracy. We live in what the political philosopher Sheldon Wolin calls a system of “inverted totalitarianism.”

In Europe, America’s Democratic Party would be a far-right party. The Republican Party would be extremist. There is no liberal—much less left or progressive—organized political class in the United States. The growth of protofascists will be halted only when a movement on the left embraces an unequivocal militancy to defend the rights of workers and move toward the destruction of corporate power. As long as the left keeps surrendering to a Democratic Party that mouths liberal values while serving corporate interests, it will destroy itself and the values it claims to represent. It will stoke the justifiable rage of the underclass, especially the white underclass, and empower the most racist and retrograde political forces in the country. Fascism thrives not only on despair, betrayal and anger but a bankrupt liberalism.

The political system, as many Sanders supporters are about to discover, is immune to reform. The only effective resistance will be achieved through acts of sustained, mass civil disobedience. The Democrats, like the Republicans, have no intention of halting the assault on our civil liberties, the expansion of imperial wars, the coddling of Wall Street, the destruction of the ecosystem by the fossil fuel industry and the impoverishment of workers. As long as the Democrats and the Republicans remain in power we are doomed.

The Democratic establishment’s response to any internal insurgency is to crush it, co-opt it and rewrite the rules to make a future insurgency impossible. This was true in 1948 with Henry Wallace and in 1972 with George McGovern—two politicians who, unlike Sanders, took on the war industry—and in the 1984 and 1988 insurgencies led by Jackson.

Corey Robin in Salonexplained how the Clintons rose to power on this reactionary agenda. The Clintons, and the Democratic establishment, he wrote, repudiated the progressive agenda of the Jackson campaign and used coded language, especially regarding law and order, to appeal to the racism of white voters. The Clintons and the party mandarins ruthlessly disenfranchised those Jackson had mobilized.

Sanders’ supporters can expect a similar reception. That Hillary Clinton can run a campaign that defies her long and sordid political record is one of the miracles of modern mass propaganda and a testament to the effectiveness of our political theater.

Sanders said that if he does not receive the nomination he will support the party nominee; he will not be a “spoiler.” If that happens, Sanders will become an obstacle to change. He will recite the mantra of the “least worst.” He will become part of the Democratic establishment’s campaign to neutralize the left.

Sanders is, in all but title, a Democrat. He is a member of the Democratic caucus. He votes 98 percent of the time with the Democrats. He routinely backs appropriations for imperial wars, the corporate scam of Obamacare, wholesale surveillance and bloated defense budgets. He campaigned for Bill Clinton in the 1992 presidential race and again in 1996—after Clinton had rammed through the North American Free Trade Agreement (NAFTA), vastly expanded the system of mass incarceration and destroyed welfare—and for John Kerry in 2004. He called on Ralph Nader in 2004 to abandon his presidential campaign. The Democrats recognize his value. They have long rewarded Sanders for his role as a sheepherder.

Kshama Sawantand I privately asked Sanders at a New York City event where we appeared with him the night before the 2014 climate marchwhy he would not run for president as an independent. “I don’t want to end up like Ralph Nader,” he told us.

Sanders had a point. The Democratic power structure made a quid pro quo arrangement with Sanders. It does not run a serious candidate against him in Vermont for his U.S. Senate seat. Sanders, as part of this Faustian deal, serves one of the main impediments to building a viable third party in Vermont. If Sanders defies the Democratic Party he will be stripped of his seniority in the Senate. He will lose his committee chairmanships. The party machine will turn him, as it did Nader, into a pariah. It will push him outside the political establishment. Sanders probably saw his answer as a practical response to political reality. But it was also an admission of cowardice. Nader paid a heavy price for his courage and his honesty, but he was not a failure.

Sanders, I suspect, is acutely aware that the left is broken and disorganized. The two parties have created innumerable obstacles to third parties, from locking them out of the debates to challenging voter lists and keeping them off the ballot. The Green Party is internally crippled by endemic factionalism and dysfunction. It is dominated in many states by an older, white demographic that is trapped in the nostalgia of the 1960s and narcissistically self-referential.

I spoke three years ago to the sparsely attended state gathering of the Green Party in New Jersey. I felt as if I was a character in Mario Vargas Llosa’s novel “The Real Life of Alejandro Mayta.” In the novel, Mayta, a naive idealist, endures the indignities of the tiny and irrelevant warring sects of the Peruvian left. He is reduced to meeting in a garage with seven self-described revolutionaries who make up the RWP(T)—the Revolutionary Workers’ Party (Trotskyist)—a splinter group of the marginal Revolutionary Worker’s Party. “Stacked against the walls,” Llosa writes, “were piles of Workers Voice and handbills, manifestos and statements favoring strikes or denouncing them which they had never got around to handing out.”

I am all for a revolution, a word Sanders likes to throw around, but one that is truly socialist and destroys the corporate establishment, including the Democratic Party. I am for a revolution that demands the return of the rule of law, and not just for Wall Street, but those who wage pre-emptive war, order the assassination of U.S. citizens, allow the military to carry out domestic policing and then indefinitely hold citizens without due process, who empower the wholesale surveillance of the citizenry by the government. I am for a revolution that brings under strict civilian control the military, the security and surveillance apparatus including the CIA, the FBI, Homeland Security and police and drastically reduces their budgets and power. I am for a revolution that abandons imperial expansion, especially in the Middle East, and makes it impossible to profit from war. I am for a revolution that nationalizes banks, the arms industry, energy companies and utilities, breaks up monopolies, destroys the fossil fuel industry, funds the arts and public broadcasting, provides full employment and free education including university education, forgives all student debt, blocks bank repossessions and foreclosures of homes, guarantees universal and free health care and provides a living wage to those unable to work, especially single parents, the disabled and the elderly. Half the country, after all, now lives in poverty. None of us live in freedom.

This will be a long and desperate struggle. It will require open confrontation. The billionaire class and corporate oligarchs cannot be tamed. They must be overthrown. They will be overthrown in the streets, not in a convention hall. Convention halls are where the left goes to die.