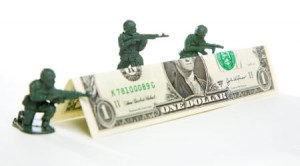 by John Nichols
The Nation

In an age of deep partisan divisions, the broadest opposition to a military intervention in Syria is not coming from Republicans. Or Democrats.

Independent voters are the most determined foes of President Obama’s proposal to launch missile strikes in response to reports that the Syrian government employed chemical weapons in that country’s brutal civil war. While Republicans and Democrats surveyed for the latestWashington Post/ABC News poll expressed strong opposition to the president’s proposal—by margins of 55-43 and 54-42, respectively—independents were against the plan 66-30.

So what does the independent senator from Vermont say?

The Vermonter, who caucuses with the Democrats but has a history of breaking with presidents of both parties on matters of principle, is asking questions that are more likely to be heard on Main Street than in the cloistered conference rooms where administration aides are asking members of Congress to authorize the use of force against Syria.

“We’ve cut back on education, we’ve cut back on nutrition programs, we’ve thrown kids off Head Start,” says Sanders. “We have billions to spend on a war but no money to take care of the very pressing needs of the American people. That bothers me a lot.”

Like most senators, Sanders has not made a formal declaration on how he will vote when the chamber takes up the authorization measure that was approved Wednesday on a ten (seven Democrats, three Republicans) to seven (five Republicans, two Democrats) vote of the Senate Foreign Relations Committee. (Senator Ed Markey, D-Massachusetts, voted “present.”)

Sanders says he will keep listening to the arguments made by the White House. “But,” he said on MSNBC’s The Ed Show Wednesday night, “I would be less than honest with you if didn’t say I had very, very deep concerns about this proposal. And, by the way, I can tell you that in my office the phones are bopping off the hook and almost unanimously people are opposed to what the president is talking about.”

The senator, who has a track record of engagement with international human rights issues,expresses deep concern about reports of the deployment of chemical weapons, and about the humanitarian issues raised by developments in Syria.

But the Vermonter worries, as well, about the prospect that “a third Middle East war in 12 years may make a very bad situation even worse.”

He fears the prospect of the United States “getting dragged into an interminable war.”

Those are common concerns in Washington these days.

What distinguishes the senator’s response is the extent to which he is speaking about priorities. Or, rather, about the impact a new global policeman project might have on the ability of an easily distracted Congress to recognize—even in a time of military conflict—that the fundamental economic challenges facing tens of millions of Americans must be addressed.

“(The) truth is that a largely dysfunctional Congress has difficulty today focusing on the very serious issues facing our country: the disappearing middle class, high unemployment, low wages, the high cost of college, the decline of our manufacturing sector and the planetary crisis of global warming,” argues Sanders. “I fear very much that U.S. involvement in another war in the Middle East, and the cost of that war, will make it even harder for Congress to protect working families.”

“Our Republican friends have made it very clear: they’re not going to ask the wealthy or large corporation to pay more in taxes,” says Sanders. “They already want to cut Social Security, Medicare and Medicaid. What may well be happening is the cost of this war may be paid for by more kids being thrown off of Head Start, senior citizens being thrown off ‘Meals on Wheels’ programs, educational programs being cut.”

Sanders is raising an important matter with regard to this Congress.

And with regard to the scope and character of the coming debate.

“Right now, it’s impossible to know if military intervention in Syria will cost the U.S. $100 million or hundreds of billions,” explains the National Priorities Project.

The budget transparency group notes, however, that “U.S. forces would use Tomahawk Cruise Missiles to attack Syria. On our brand-new Cost of National Security site, you can see the real-time cost of the Tomahawk Cruise Missile program. In 2013, the program is projected to cost U.S. taxpayers $320 million—or $36,563 every hour. That cost would spike if the U.S. military ultimately fired hundreds of missiles at Syria, as it did in Libya in 2011.”

No doubt the United States can and would spend whatever might be necessary to defend itself from attack. But when the Congress is considering whether to approve missile strikes that the State Departments admits are about “holding the Assad regime accountable,” and when President Obama is saying those strikes are “not time sensitive,” it is reasonable to include in the broader debate a discussion of the economics of war and peace, of military preparation and of military intervention.

It is reasonable to recall that the Libyan mission in which the United States engaged in 2011 costin excess of $1 billion.

It is reasonable to suggest, as has Congressman Jim McDermott, D-Washington, that Congress should be talking not just about if and when to bomb Syria but about how the costs of the mission will be covered. “We’ve got all kinds of problems and here we are spending more money on a war,” says McDermott, who in addition to being a senior member of the House is a US Navy veteran and former a US Foreign Service Medical Officer.

Those who know a bit about war, and the world, are inclined to consider the human costs of military interventions.

When President Dwight Eisenhower was winding down the Korean War in 1953, he explained that

Every gun that is made, every warship launched, every rocket fired signifies, in the final sense, a theft from those who hunger and are not fed, those who are cold and are not clothed. This world in arms is not spending money alone.

It is spending the sweat of its laborers, the genius of its scientists, the hopes of its children.

The cost of one modern heavy bomber is this: a modern brick school in more than 30 cities.

It is two electric power plants, each serving a town of 60,000 population.

It is two fine, fully equipped hospitals. It is some 50 miles of concrete highway.

We pay for a single fighter plane with a half million bushels of wheat.

We pay for a single destroyer with new homes that could have housed more than 8,000 people.

This, I repeat, is the best way of life to be found on the road. the world has been taking.

This is not a way of life at all, in any true sense. Under the cloud of threatening war, it is humanity hanging from a cross of iron

The congressional debate about Syria should consider all the issues that have been raised with regard to international relations and humanitarian interventions. It should speak about America’s place in the world, and about America’s resposibilities to other countries. But Senator Sanders is right to remind us that this debate also must consider how the United States will fare under the cloud of threatening war.