‘Be Afraid’: Largest Corporations Wealthier Than Most Countries 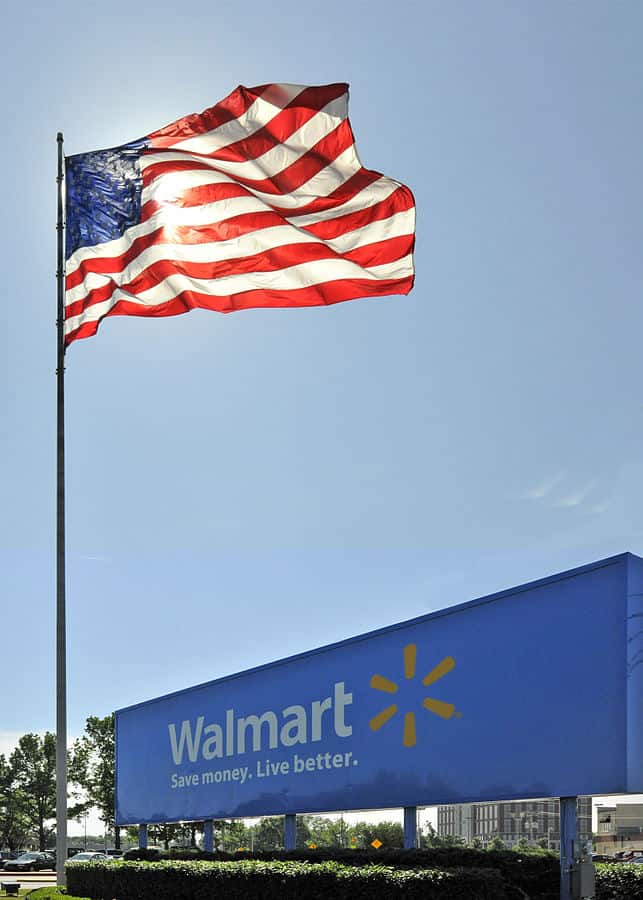 Corporations are running the world, according to new figures released Monday from the U.K.-based Global Justice Now.

The economic and social justice advocacy groupdiscovered (spreadsheet) that the ten largest corporations are wealthier than most countries in the world combined.

“Today, of the 100 wealthiest economic entities in the world, 69 are now corporations and only 31 countries,”wrote Global Justice Now campaigns and policy officer Aisha Dodwell. “This is up from 63 to 37 a year ago. At this rate, within a generation we will be living in a world entirely dominated by giant corporations.”

And the top ten largest companies have a whopping combined value of $2.9 trillion, which is larger than China’s economy.

Walmart, the biggest corporate entity in the world, is valued at over $482 billion, which makes it wealthier than Spain, Australia, and the Netherlands, individually.

“The vast wealth and power of corporations is at the heart of so many of the world’s problems—like inequality and climate change,” said Nick Dearden, director of Global Justice Now. “The drive for short-term profits today seems to trump basic human rights for millions of people on the planet. These figures show the problem is getting worse.”

“As multinationals increasingly dominate areas traditionally considered the primary domain of the state, we should be afraid,” Dodwell continued:

While they privatize everything from education and health to border controls and prisons, they stash their profits away in secret offshore accounts. And while they have unrivaled access to decision makers they avoid democratic processes by setting up secret courts enabling them to bypass all judicial systems applicable to people. Meanwhile their raison d’etre of perpetual growth in a finite world is causing environmental destruction and driving climate change. From Sports Direct’s slave-like working conditions to BP’s oil spill devastating people’s homes, stories of corporations violating rights are all too often seen in our daily papers.

Global Justice Now noted that it “released the figures in order to increase pressure on the British government ahead of a UN working group, led by Ecuador, established to draw up a binding treaty to ensure transnational corporations abide by the full range of human rights responsibilities. Campaigners are calling for the treaty to be legally enforceable at a national and global level.”

“Britain doesn’t support the process, and has repeatedly vetoed and opposed such proposal in the past,” the group added.

“The U.K. government has facilitated this rise in corporate power,” Dearden said, “through tax structures, trade deals, and even aid programs that help big business. Their wholehearted support for the U.S.-EU trade deal TTIP is just the latest example of government help to big business. Disgracefully it also routinely opposes the call of developing countries to hold corporations to account for their human rights impacts at the UN.”

Alongside the latest figures demonstrating the extent to which corporations dominate the world, Global Justice Now released a petition calling on the British government to support a binding UN treaty that would force corporations to respect human rights around the world.

The treaty will be delivered to U.K. and European Union leaders in Geneva on October 12, the group says.

“Of course, the battle against corporate power has many fronts and the UN treaty is only one part of it,” Dodwell observed. “At the same time, we need to continue to develop alternative ways to produce and distribute the goods and services we need. We need to undermine the notion that only massive corporations can make the economy and society ‘work.'”

“The alternative is that we continue to rush towards the dystopian vision of unchallenged corporate power,” Dodwell wrote. “We cannot allow this to happen. We must fight back.”