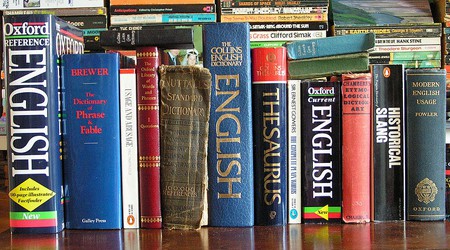 sident, everybody is asking in this country, are we or are we not at war?” a reporter asked Harry Truman at a White House press conference on June 29, 1950. It was a reasonable question: two days earlier, in response to a swift, unexpected advance of North Korean troops, Truman had ordered American forces to South Korea. In keeping with the rules of the time, the reporters asked the President for permission to print his answer verbatim. “The Chief Executive responded that he would allow the news men to use in quotes: ‘We are not at war,’ ” the Times noted. One of the reporters then asked if “police action under the United Nations” would be a more appropriate phrase. Truman said that that sounded right. The “police action” lasted three years (or longer, by some measures; there are still American troops in South Korea), and the term was eventually retired as a label for what Presidents don’t want to call wars.

Last Wednesday night, in a televised address from the White House, President Barack Obama presented his strategy for how to “degrade and ultimately destroy” the Islamic State in Iraq and al-Sham, or ISIS. “We will not get dragged into another ground war,” he declared. His plan calls for air strikes in two countries, a multinational coalition, and the deployment of four hundred and seventy-five more service members to Iraq, but, he said, those troops “will not have a combat mission.” They will execute a “counterterrorism campaign.”

That campaign seemed to both swell and contract as the President described it. He called ISIS a “small group of killers.” They are certainly killers: they have murdered their way across northern Iraq and Syria and beheaded two American journalists. But “small” is, perhaps, a less apt term for a force estimated to number close to twenty thousand fighters, unless it was meant as an expression of dismay at the group’s seizure of an outsized share of the world’s attention. The President had decided to reëngage the American military in Iraq now, he said, because of the “unique” threat that ISIS posed. At the same time, he emphasized that the new strategy wasn’t really so novel; such operations were already part of our routine, a regular exercise that “we have successfully pursued in Yemen and Somalia for years.”

Many observers found it odd that the President would try to reassure the public by invoking Somalia, which, for most Americans, conjures decades-old scenes of Black Hawk Down, the desecrated bodies of Rangers, and intractable warlords. Obama may have wanted the public to see, instead, a fragile government aided by American air strikes like the one that killed the Shabaab leader Ahmed Abdi Godane, earlier this month. Or maybe the President’s message was that, as with Somalia and Yemen, Americans won’t find themselves thinking about Syria or Iraq much at all.

That prospect—an engaged military, a disengaged public—is part of the reason that the name we give this fight matters. Under the War Powers Resolution, the President is required to get congressional approval within sixty days of going to war. (Counterterrorism, by contrast, is something that even local police departments can undertake.) Obama said that, while he would “welcome congressional support for this effort,” formal approval was not necessary: “I have the authority to address the threat.” By way of justification, he and his aides have referred to Article II of the Constitution, which designates him Commander-in-Chief. Like some of their predecessors, they hold that the President has a great deal of leeway to act on his own in matters of “national security,” as Obama put it in a letter to Congress last month, or in “protecting our own people,” as he said on Wednesday. That’s well and good in certain emergencies, but if “national security” is defined too broadly it would follow that the only wars in which Congress has a role are those which somehow don’t pose any danger to Americans.

Then again, with the exception of some Democrats and libertarians in the G.O.P., this Congress has shown little interest in being consulted: after the President’s address, there was some movement toward providing funding for training and the like, but the general attitude seems to be Don’t Ask, Just Tell. Obama has indicated that he will use executive actions as a way around gridlock. There are areas where that maneuver is appropriate; the decision to go to war, the gravest a President can make, is not one of them. And yet Republican leaders who were ready to sue the President over the Obamacare employer mandate seem content to let him deploy troops where he will. They may prefer to avoid the responsibility, leaving them room for Benghazi-style recriminations later, if things go wrong. Obama is making that too easy for them.

The White House has suggested an additional rationale. An Authorization for the Use of Military Force, passed in the days after the attacks of September 11, 2001, is still in effect. But it names as its target Al Qaeda and its “associated forces,” and Al Qaeda and ISIS, though once affiliated, are now fighting each other. There is also the 2002 authorization that launched the Iraq War, but Syria is not Iraq, and the Syrian part of this strategy demands a true political debate. Nearly two hundred thousand people have died in Syria’s civil war; millions are refugees. How do we weigh the possibility that strikes against ISIS might help the regime of Bashar al-Assad or enmesh us in his war? Obama talked about strengthening the opposition and said, “We stand with people who fight for their own freedom”—except that, in Syria, we are not quite sure who those people are. And what if our Sunni allies, like Saudi Arabia and the Gulf states, continue to allow money and arms to make their way to ISIS and groups like it? Yet another calculation involves Iran. These are political questions, not simply partisan ones.

There is a further problem. The legal basis for this country’s drone campaigns in Somalia and Yemen has never been clarified, particularly when it comes to the extrajudicial targeted killings of American citizens abroad. (Nor has the collateral damage from the strikes been completely tallied.) The White House has not released the full memo pertaining to such killings, but Justice Department white papers refer to “the law of war,” “the government’s interest in waging war,” and the “circumstances of war.” The executive branch seems to believe that it can ignore restraints on pursuing what looks very much like a war by denying that it is one, while avoiding checks on constitutionally questionable practices in the name of an ineffable war. By this logic, war is both nowhere and everywhere.

“This is American leadership at its best,” the President said on Wednesday. “When we helped prevent the massacre of civilians trapped on a distant mountain, here’s what one of them said: ‘We owe our American friends our lives.’ ” That endeavor was called a “humanitarian operation.” We are no longer so distant from the fight.