Are Some Cultures Better Than Others at Cultivating Empathy? 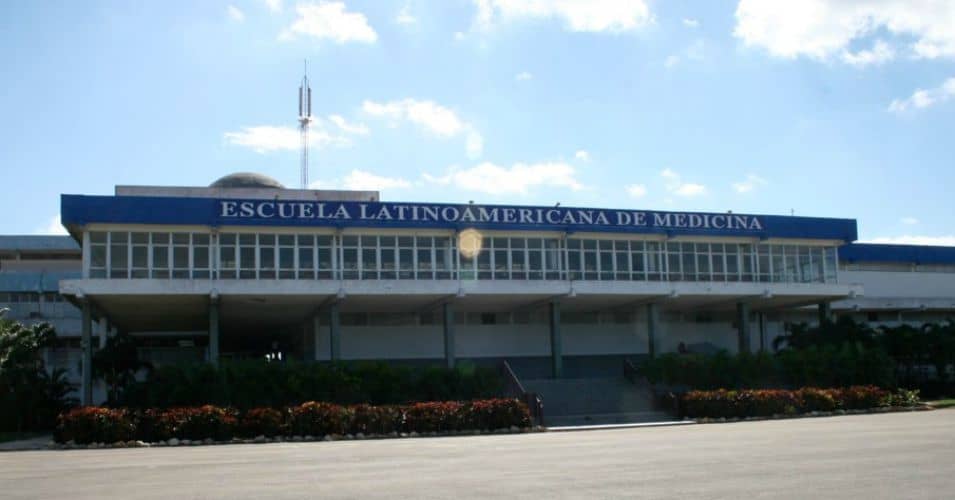 In 1999, Cuba founded ELAM (the Latin America School of Medicine), the world’s largest medical school. It offers a free education (including books and a living stipend) to students from poor countries, and more than 10,000 students have graduated from its highly respected six-year program. (Photo: PBS News Hour/flickr/cc)

Today’s pop quiz: Which of the following countries has the most medical professionals working in the world’s poorest countries; has doctors who have performed 3 million free eye operations in 33 countries; created the world’s largest medical school with 22,000 students; has a ratio of one physician for every 167 people (No. 1 in the world); has lower infant mortality and higher life expectancy than the United States; and has free, high quality, universal primary health care?

E. None of the above

The correct answer is E. None of the above. Many Americans are surprised to learn that the country described above is Cuba. For more than five decades we’ve heard plenty about Cuba’s shortcomings, but virtually nothing about its stunning accomplishments.

For many scholars, the Cuban health care system is the jewel in the crown of Cuban achievements. Here I choose to focus on Cuba’s medical internationalism, a practice admired throughout the world but virtually unknown to U.S. citizens.

After the Cuban revolution of Jan. 1, 1959, which overthrew the brutal Batista dictatorship, about half of Cuba’s doctors fled the island for more lucrative practices, most to Miami. Yet even under these dire circumstances and the crushing U.S. embargo that followed, Cuba began dispatching volunteer medical contingents abroad.

Many people are surprised to learn that Cuban medical professionals have saved more lives in the Third World than all the wealthy G-8 nations combined, plus the World Health Organization and the Nobel Peace Prize recipient Doctors Without Borders.

As noted by Cuba expert John Lee Anderson, “At any given time, there are an estimated 50,000 Cuban doctors working in slums and rural areas in as many as 30 other developing nations around the world.”

And because Cuba believes health care is a fundamental human right, these totally volunteer services are provided to recipients gratis. One remarkable example among many follows from Cuba’s world class specialization in ophthalmology. Under Operacion Milagro (Operation Miracle), Cuban specialists have performed vision-restoring surgery to 2 million people in 34 countries, again at no cost.

In sentiments shared by people from Asia and Africa to Latin American and the Caribbean, Bolivian President Evo Morales expressed his gratitude for Cuba’s crucial medical assistance to his country by saying, “Cuba has shown its solidarity to us by sending ‘troops’ who save lives — not like other countries which send troops to end lives.”

In 1999, Cuba founded ELAM (the Latin America School of Medicine), the world’s largest medical school. It offers a free education (including books and a living stipend) to students from poor countries, and more than 10,000 students have graduated from its highly respected six-year program. The only requirement is that students make a moral commitment to return home and serve marginalized populations. Note: Since 2007, more than 100 young people from the U.S. have graduated from ELAM and returned to work in underserved areas of the United States.

At this point, I can readily appreciate why some readers might react with cynicism. Canadian professor John Kirk, who conducted 120 in-depth interviews with Cuban medical volunteers, acknowledges a myriad of motives. However, he emphasizes that “a key element that needs to be understood is the form of socialization that Cubans are reared in, and develop throughout their formative years.”

Professor Kirk notes that beginning in day care, Cuban children are socialized to watch out for the weakest, to empathize with others who are less fortunate. A volunteer physician in Venezuela added, “We Cuban doctors devote everything to love and solidarity because that’s what we’ve been taught since we were little, in school.” This was a founding principle of the Cuban revolution.

Cuba’s robust medical internationalism contradicts the common-sense, bleak view of human nature, the dominant narrative of hyper individualism and the profit motive. I suggest that we remain open to the possibility that some cultures are compatible with the lived expression of empathy while other cultures suppress it.

Cuba’s practice of moral medicine is the world’s most compelling example of empathetic solidarity. Despite overwhelming odds, this small country of 11 million people has taken empathy from the abstract realm and brought it down to earth. We court both personal and national peril by not learning more about it.