AOC Warns Pelosi and Schumer: ‘We Can’t Negotiate Reconciliation Bill Down to Nothing’ 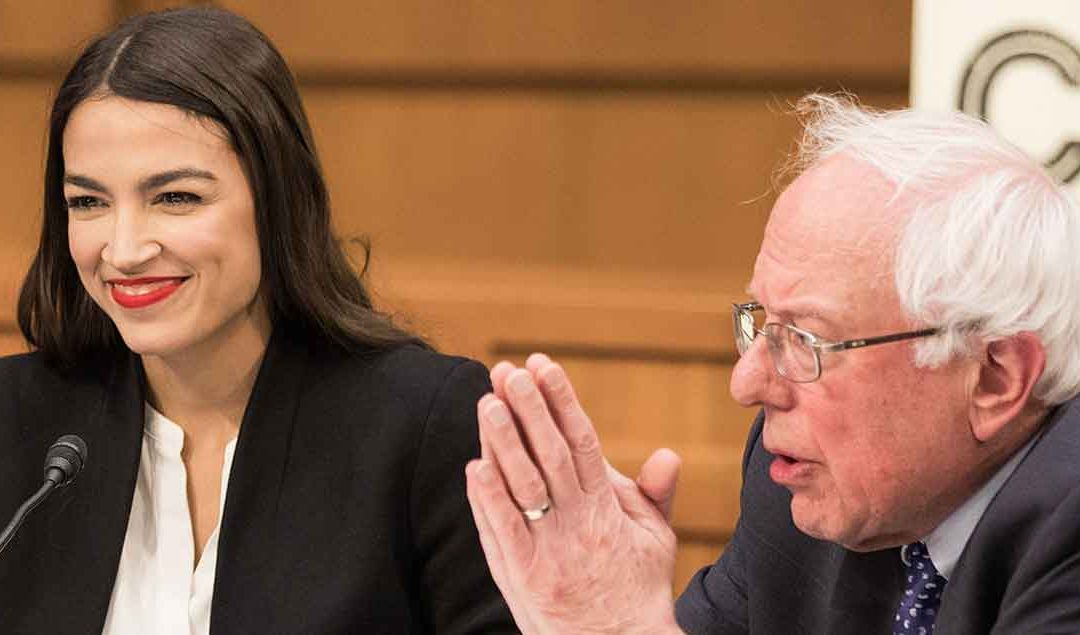 “The Build Back Better reconciliation package is a once-in-a-generation opportunity to build a sustainable and prosperous future for our country.”

“We can’t negotiate the reconciliation bill down to nothing,” Ocasio-Cortez tweeted.

In their letter, the New York Democrats argued that “the Build Back Better reconciliation package is a once-in-a-generation opportunity to build a sustainable and prosperous future for our country—affordable housing; quality, sustainable, and accessible public transportation; and sound immigration reform must remain priorities in the debate.”

Specifically, the House Democrats urged Pelosi and Schumer to ensure that the final reconciliation package includes $80 billion in funding for public housing, a $10 billion investment in public transportation, and $107 billion to “expand safety-net protections and create a pathway to citizenship for millions of DACA recipients, people with temporary protected status, essential workers, and farm workers.”

“It is vital that we preserve the entirety of this funding allocation, not only because these communities have been the backbone of our national economy throughout this pandemic and beyond, but also because the U.S. is their only home and refuge from the political, economic, and climate disasters they are fleeing,” the lawmakers wrote.

We can’t negotiate the reconciliation bill down to nothing.

With 8 NYC Members, we wrote to @SpeakerPelosi & @SenSchumer to ask them to keep the current level of funding for immigration, public and affordable housing, and transportation in low-income areas.

The message from Ocasio-Cortez and other members of the New York congressional delegation was made public hours after Pelosi circulated a “Dear Colleague” letter indicating that the Democratic leadership could be considering cutting programs from the reconciliation bill in order to lower its $3.5 trillion price tag—an effort aimed at securing the votes of Sens. Joe Manchin (D-W.Va.), Kyrsten Sinema (D-Ariz.), and other corporate-backed holdouts.

“Overwhelmingly,” Pelosi wrote, “the guidance I am receiving from members is to do fewer things well so that we can still have a transformative impact on families in the workplace and responsibly address the climate crisis.”

That approach could spark backlash from progressive lawmakers such as Ocasio-Cortez, who has argued that Democrats should shorten the duration of programs to reduce costs, not cut out key priorities. Pelosi did not specify which programs are at risk of being removed from the reconciliation package, which is a centerpiece of President Joe Biden’s domestic policy agenda.

Speaking to the press Tuesday morning, Pelosi suggested that Democrats could go the route suggested by Ocasio-Cortez and other progressives—a message that conflicts with the sentiment of her “Dear Colleague” letter. The House Speaker voiced “hope” that Democrats ultimately won’t have to drop any programs from the reconciliation measure.

The push by right-wing Democrats to slash the reconciliation bill’s price tag has set off a scramble among lawmakers to ensure that programs they support—from Medicare expansion to the expanded child tax credit to paid family leave—aren’t left on the cutting room floor. Progressive lawmakers in the House and Senate have argued that there is no need to pit priorities against one another in the name of fiscal restraint.

“The time is now long overdue for Sen. Manchin and Sen. Sinema to tell us… where do they want to cut?” Sanders added.

Referring to progressives’ effort to expand Medicare benefits to cover dental, hearing, and vision, the Vermont senator said: “This to me is not negotiable. This is what the American people want.”

During a recent closed-door Congressional Progressive Caucus (CPC) meeting, according to the Washington Post, “members stood up one by one to vouch for establishing universal pre-K, making the child tax credit permanent, and guaranteeing 12 weeks of paid family leave.”

“Others mentioned the need to expand Medicare to cover dental, hearing, and vision, which would get them one step closer to the progressive goal of Medicare for All,” the Post noted.

In a tweet on Tuesday, Rep. Pramila Jayapal (D-Wash.)—chair of the 96-member CPC—declared that “the agenda that Progressives are fighting for IS the president’s agenda.”

“We must pass the full Build Back Better Act—and we can’t let corporate interests, Big Pharma, and a few conservative Democrats stand in our way of delivering,” Jayapal added.