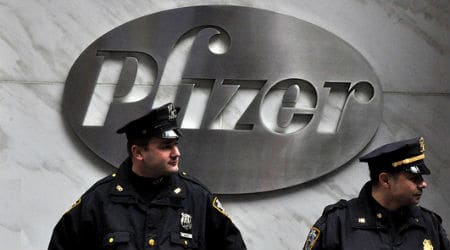 By Simon Jenkins
The Guardian

No invention of modern capitalism so enrages the public as does the tax haven. When giant corporations and very rich people choose not to pay their taxes, and government turns a blind eye, faith in the state crumbles.

The decision of the American drugs giant, Pfizer, to merge with Dublin-based Allergan, thereby “relocating” its headquarters to Ireland is not because some wizard potion has been discovered in the hills of Connemara. It is to dodge tax. The same has applied to Starbucks, Amazon, Google and countless other global companies.

Meanwhile western governments, and more important their taxpayers, must forego staggering sums in revenue. Some $20tn is estimated lost by individual tax dodgers round the world alone, almost a third of it (according to Oxfam) to just 10 British-jurisdiction tax havens. The corporate losses are thought incalculable.

This money is channelled to tiny statelets, often within a major country’s own sphere of influence, from Monaco and Jersey to the Caymans and British Virgins. Some, such as Luxembourg, even claim to be enthusiastic members of a “common European space”. That EU states should be the biggest collaborators in global tax dodging is staggering hypocrisy.

International custom and practice stipulates that tax should be made in the country in which “value is added”. That has come to be identified, ludicrously, with a company’s headquarters. All states fight to secure inward investment, often with tax easements, in the hope of promoting subsequent exports. They feel they can hardly object to small states doing the same. On this flimsy basis a great edifice of evasion, avoidance, mendacity and sometimes even crime has arisen. Like all such edifices, it is sustained by a raggle-taggle army of consultants and lobbyists.

Tax havens should be illegal in international law. They are patently unfair. They protect money laundering and crime. They bear few of the costs of the modern nation state, while sucking those states dry of the revenue needed to sustain them.

A few treasuries, including Britain’s, have made hesitant steps to police tax havens, usually by negotiating greater “transparency”. In the case of corporate “inversion”, sheltering profits in bogus headquarters in Dublin or Luxembourg, a few companies such as Starbucks have made piffling guilt donations to host countries.

The answer is clear. Companies should pay corporation tax on the basis not of their headquarters or research base or place of origin.

They should pay on the proportionate spread of their sales. Likewise, individuals should pay tax to the country where they live or whose citizenship they enjoy – as is the case with most Americans. Tax havens that harbour companies or individuals who dodge tax should be subject to economic sanction, like many poorer states round the world that have upset western regimes. If you want to pay tax in the Caymans, live in the Caymans and don’t come to Britain.

There are many problems of definition and enforcement in such a new world tax regime. That is what international diplomacy is for. It is simply wrong for massive tax dodging to be tolerated within the western trading economy. It discredits the law. Yet it continues.