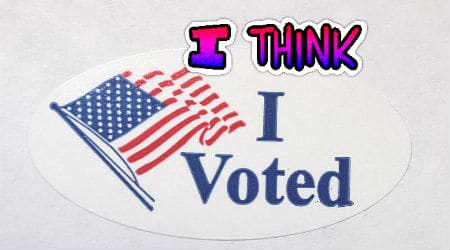 here’s no debate at this point that Hillary Clinton has won the popular vote and the delegate count to win the Democratic primary. But even Clinton supporters should agree that our supposedly “democratic” system for picking nominees for president is terribly broken and should be dramatically overhauled.

It’s not just Bernie Sanders’ campaign that should (and has) argued that the voting system in this country is “rigged”. Virtually every major campaign in both parties griped about how the other was winning at some point during this campaign, and along the way almost all of them were right.

First, there are the delegates themselves – the “representatives” that voters “choose” to express their interests at the party conventions (but sometimes don’t have to comply). Each state has its own rules for how delegates are allocated, and they are almost always ridiculously complicated. In both parties, delegate counts regularly do not match up to the percentage of votes candidates received in the primaries. For example, as Fusion’s Felix Salmon demonstrated in March, Trump had dramatically more delegates than his percentage of the Republican vote at that point, and Sanders had dramatically fewer delegates than his percentage on the Democratic side.

Why, in 2016, do we even have this convoluted system? We don’t live in the 1800s anymore, and it’s not like the party primary rules are written into the Constitution like the antiquated electoral college is. A recent poll showed that a whopping 71% of the public would prefer to cut out delegates altogether and vote directly. Just eliminate them.

Continue reading at The Guardian