The latest disclosures from Snowden’s leaks turn out to have nothing to do with national security and everything to do with a compulsive and unseemly snooping into the lives of ordinary citizens throughout the world. 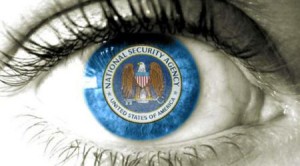 There is a depressing statistical comparison that should shame all of us who voted twice for Barack Obama’s ascent to the White House. Our man, a former constitutional law professor who pledged to reverse the Bush administration’s abuses of national security concerns, has charged seven government whistle-blowers, including Edward J. Snowden, with violating the Espionage Act. That’s more than double the combined three charged with leaking classified information by all previous presidents, George W. Bush included.

The defense of his unprecedented prosecution of those who dare tell us the truth is that we live in particularly dangerous times, an obviously absurd notion given the civil wars, foreign threats and other sources of mayhem periodically experienced by most of the world’s nations. At its best, the “metadata” aggregation, including the logs of all email traffic and telephone calls, is a paranoid assault on our right to personal space enshrined in the Fourth Amendment. At worst it is an out of control grab for worldwide power over the new information age.

As a New York Times account Sunday suggests, “A close reading of Mr. Snowden’s documents shows the extent to which the eavesdropping agency now has two new roles: It is a data cruncher, with an appetite to sweep up, and hold for years, a staggering variety of information. And it is an intelligence force armed with cyberweapons, assigned not just to monitor foreign computers but also, if necessary, to attack.”

A surveillance power run amok? The latest disclosures from Snowden’s leaks published in the German magazine Der Spiegel on Sunday turn out to have nothing to do with national security and everything to do with a compulsive and unseemly snooping not only into the lives of ordinary citizens throughout the world but also into the diplomatic correspondence, including trade and other negotiating strategies, of some of our closest allies.

How inconvenient to the outraged innocence of the National Security Agency and its private for-profit counterpart Booz Allen Hamilton to find the names of France, Italy, Japan and Mexico among the 38 embassies and missions bugged at will by our electronic spooks, along with the Washington and Brussels office of the European Union. The code-named Dropmire bugging of the encrypted fax machine at the EU and other invasions of the organization’s private data were, as The Guardian summarized Sunday the content of the leaked documents, “to gather inside knowledge of policy disagreements on global issues and other rifts between member states.”

Germany is one of those member states, prompting that nation’s justice minister to declare Sunday: “If the media reports are correct, this brings to memory actions among enemies during the Cold War. … If it is true that EU representations in Brussels and Washington were indeed tapped by the American secret service, it can hardly be explained with the argument of fighting terrorism.”

This was a sentiment echoed by French President Francois Hollande on Monday: “We demand that this stop immediately. … There’s enough evidence for us to ask for an explanation.” And French technology minister Fleur Pellerin was so impressed with the significance of the information leaked by Snowden that she entertained the idea of an international whistle-blower protection for individuals who leak information exposing what they believe is illegal activity. “There is no international statute that allows for the protection of these people if necessary,” Pellerin said Monday. “I think it is a good occasion to get into the subject, which is a gray area of international law.”

So was Snowden a “traitor,” as both California Democratic Sen. Dianne Feinstein and former Vice President Dick Cheney have insisted, or a genuine whistle-blower, as some of our allies are beginning to grasp for letting folks around the world in on the dirty secrets of U.S. intelligence? Put another way, how could Feinstein, who heads the Senate Intelligence Committee, and Cheney, who used supposedly secret data on WMDs to lie us into the Iraq War, not have been in the know on the sordid details that Snowden shared with the rest of us? And if they thought such activities to be admirable, why were they unwilling to inform the public of the extent of the surveillance programs?

Nor can they claim to be horrified by the very act of leaking secret information, since both know well that is the norm in the Washington practice of governance. Just ask outed former CIA agent Valerie Plame. Or in a rare instance of a highly placed official possibly being held accountable, there is the example of Gen. James E. Cartwright, vice chairman of the Joint Chiefs of Staff from 2007 to 2011, who is reported to be the target of an investigation into the leak of classified information to The New York Times concerning U.S. cyberattacks on Iran’s nuclear program.

Cartwright is being represented by former Obama White House counsel Gregory B. Craig, and you can rest assured that he will not be charged with violating the Espionage Act or called a traitor by the likes of Cheney and Feinstein. The information he is suspected of leaking made our government look good, or at least those in power will think so.

Our government is treating Snowden as the most dangerous global outlaw because the information he released does not make us look good. Quite the contrary, it has, for the first time, forced an international debate on the threat of routine government electronic surveillance to the very notion of individual freedom. Even President Obama, while vilifying Snowden and insisting that “The American people don’t have a Big Brother who is snooping into their business,” has suggested that we need to debate the tradeoffs.

“When he says he wants to have a debate on this issue, he passed on every opportunity to have a debate about it,” Jennifer Hoelzer, a former aide to Oregon Democratic Sen. Ron Wyden (who attempted in vain to get such a debate going), pointed out to The New York Times on Friday. “You had to wait until someone illegally disclosed it? That seems disingenuous.”

That someone was Snowden, and the fact that he was essential to raising this issue and enabling debate establishes his bonafides as a much-needed whistle-blower.