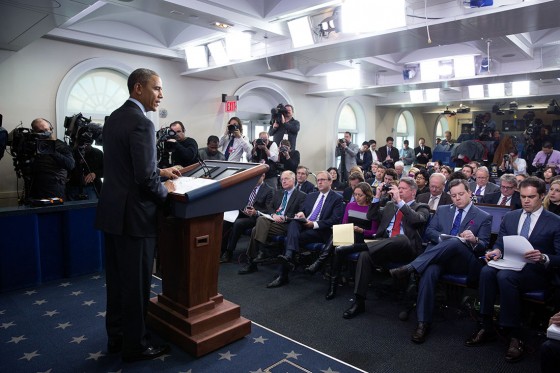 When we’re talking about foreign affairs no one escapes the grip of fantasy, though I prefer to call it myth, since our fantasies always turn out to be based (consciously or unconsciously) on some story we embrace about how the world works. We all interpret the facts through our own mythic lens.

Since every fantasy or myth is a self-fulfilling prophecy, the important question is  which one predicts, and thus points us toward, a more peaceful, humane world. If we really care about the Ukrainians we have to confront this question both urgently and carefully.

The editors of the WaPo don’t have a very satisfying answer. They are deeply immersed in a dangerous fantasy of their own, one that’s worth taking a close look at because it sums up a view that echoes so widely throughout the U.S. mass media — a view that puts Ukrainian lives needlessly at risk.

In this fantasy the world is divided into two kinds of nations. Some (like the U.S. and its allies) are reasonable; they want a peaceful world where everyone cooperates to promote economic growth.

Others are under the thumb of leaders who just will not “behave rationally and in the interest of their people and the world.” Instead they are “concerned primarily with maintaining their holds on power.” So they ignore “the weight of world opinion,” measure their country’s standing “in throw-weight or battalions,” and constantly engage in “misbehavior” that dams up the “tide of democracy in the world.”

(Russia has just joined China and Syria on the WaPo’s list of misbehavers; Iran has been dropped, for the time being at least).

In such a bifurcated fantasy world, the WaPo editors see only two choices for the United States:

1) make the misbehavers “pay a price” by exerting U.S. “leadership” through shows of “military strength, trustworthiness as an ally, staying power in difficult corners of the world such as Afghanistan”; or else

The obvious choice, say the WaPo editors and so many other political and media leaders, is to “lead” and make sure those Russians — especially their president, Vladimir Putin — “pay a price” for their “misbehavior.”

I don’t know if the WaPo editors would be more offended or dumbfounded to have this view labeled a fantasy. No doubt they see themselves as “realists.”

That was the label adopted by a new wave of foreign policy thinkers who emerged in the years just before World War II. They assumed that nations must always be competing because all are constantly seeking more power, using every means they can muster, including battalions and throw-weights.

Their fantasy was bolstered and christened by the very influential theologian Reinhold Niebuhr. He argued that nations, even more than individuals, are driven by an innate egotism and lust to aggrandize themselves. It’s what Christians have traditionally called original sin.

The “realists” of the late 1930s achieved a brilliant coup by stealing the word “real” and pinning it on their particular fantasy. So they could claim that their view alone reflected “reality” and dismiss all the others as misguided, illusory fantasy — which is just what the WaPo editors have done, along with all the other voices loudly demanding that Obama “get tough.” Toughness is the only thing our foes understand, “realists” insist.

Since every fantasy is a self-fulfilling prophecy, it’s easy to see where this one is likely to lead: a world always at war, as each nation shows its own strength to make others “pay a price” for showing theirs, while victims caught in between suffer the consequences.

But it gets worse if you claim to be an old-fashioned “realist” while you are really something quite different. That’s the game the WaPo editors are playing, along with the whole chorus of American “get tough” voices they represent.

A thoroughgoing “realist” might understand and accept Russia’s move into the Crimea as inevitable. No nation is going to leave its only warm-water naval port in the hands of a new, distinctly unfriendly government. That would, indeed, be irrational. And real “realists” assume that every government is rationally maximizing its power.

The dominant view in elite circles, the one that drives opinion in WaPo editorials and a tsunami of other American mass media words, is actually a kind of radically modified “realism.” It cannot accept any Russian response other than kowtowing to U.S. demands.

This fantasy says, in effect: “Realism” tell us about our enemies’ goals; they’re driven by a mad lust for power. We have to stop them because we are pursuing a higher goal — a peaceful, democratic world order. To stop them, though, we must imitate them and use any means necessary. So we fight as if we were “realists” in order to eventually put an end to a world of “realism.”

Here’s a true anecdote that shows how such a distorted “realism” found its way into the White House:

In 1944 Franklin Roosevelt met a theologian who started telling him about the Danish Christian philosopher Soren Kierkegaard, a forerunner of Niebuhr in resurrecting the doctrine of original sin in modern garb. FDR got so interested that he asked the theologian back to the White House several times.

If Roosevelt had really understood what he was hearing, he would have said, “Oh now I see why we are all in this war, all fighting for a bigger share of the global pie.”

In fact, he told his Secretary of Labor Frances Perkins (as she recalled it in her memoir): “Kierkegaard explained the Nazis to me as nothing else ever has. … They are human, yet they behave like demons. Kierkegaard gives you an understanding of what it is in man that makes it possible for these Germans to be so evil.” Apparently it never occurred to Roosevelt that original sin could possibly have anything to do with America.

A few years later FDR was gone and his successor, Harry Truman, was applying the same chauvinistic combination of “realism” and American exceptionalism to our former ally, Russia: They are demons, driven by the irrational force of original sin. We, exempt from the taint of sin, have no choice but to stop them before they plunge the world into the chaos that the Devil himself has always been aiming at.

Since Truman’s time, U.S. public discourse has applied the same template to any number of foreign foes. Now we have come full circle and Russia is again Demon Number One. But the moral of the story is always the same: The only way to stop the demons and save the world is for us to take the lead and make them “pay a price,” by any means necessary. We must use “realist” means for our purely ethical ends.

It’s easy to see why such a satisfying fantasy took powerful hold of American public discourse. And having taken hold for so long, it’s easy to see why it feels reassuring to have it repeated over and over, as each new — or, in this case, old — enemy arises. It’s so familiar, so easy to take as obvious truth, as if it were merely a photograph of an objective reality.

But it’s not genuine “realism.” Indeed such a distorted, American exceptionalist use of “realism” is more dangerous than the original version for at least two reasons.

First, it makes the risk of war even greater. When other nations see us using force while we forbid it to them, it looks like an obvious double standard. What we call “leading” they see, understandably enough, as “dominating.” Naturally the unfairness of it makes them angry and, as the original “realists” predicted, they fight back. What looks to them like hypocrisy makes them that much less likely even to consider any compromise with us.

Which leads to the second danger of America’s popular distortion of “realism.” While genuine “realism” is most likely to be a self-fulfilling prophecy of a world at endless war, it can occasionally have the opposite effect, at least in the short run. A “realist” would recognize why, for example, Russia would seize Crimea and perhaps accept it as an understandable fait accompli.

Though the editors of the WaPo are too moralistic for such compromise, they do offer a place on their op-ed page to two columnists who advise it. Here is Eugene Robinson’s fantasy:

“Russia gets sole or joint possession of Crimea. Ukraine and the other former Soviet republics remember that Moscow is watching, and we all settle down. …  Realistically, that may be a deal the world decides to accept” — without, apparently, forcing Russia to “pay a price.”

Katrina van den Heuvel agrees that “we desperately need a strong dose of realism” and explains how both the deposed Ukraine leaders and Mr. Putin have acted rationally to maximize their own benefit. She also notes that it’s realistic for Russians to worry about how they’ll be treated in the new Ukraine: “The new leaders in Kiev include ultra-nationalists who, in one of their first acts, voted to repeal the 2012 law allowing Russian and other minority languages to be used locally.”

Van den Heuvel’s fantasy is that “the E.U., Russia and the United States can join together to preserve Ukraine’s territorial unity; to support new and free elections; and to agree to allow Ukraine to be part of both the E.U. and Russian customs union, while reaffirming the pledge that NATO will not extend itself into Ukraine.”

“It is time to reduce tensions and create possibility, not flex rhetorical muscles and fan the flames of folly,” she concludes.

Obama and his inner circle may already be working toward the kind of end game Robinson and van den Heuvel suggest.

But in an election year that’s already looking gloomy for the Democrats, it’s too politically dangerous for the administration to praise the idea of compromise publicly. They have to at least pose as “getting tough” against Russia or else open themselves to another dangerous line of attack from the Republicans. So the administration has to keep Ukrainians closer to the brink of war than a thoroughgoing “realist” fantasy would find necessary.

Needless to say, no one gets to be president of the United States who would consider, even for a moment, a fantasy to the left of “realism” — one that would reject arms and power struggles, dissolve NATO, and see no need for Ukraine or any other nation to be dominated by economic systems run by the great powers.

If the question is how to move toward a more peaceful, humane world, that fantasy also deserves a full and fair hearing. But it remains far out on the left fringe, its voice barely audible to most Americans.

Ira Chernus is Professor of Religious Studies at the University of Colorado at Boulder and author of Mythic America: Essays andAmerican Nonviolence: The History of an Idea. He blogs atMythicAmerica.us.