America Is Preparing to Murder Its 5th Citizen by ‘Remote Assassination’ 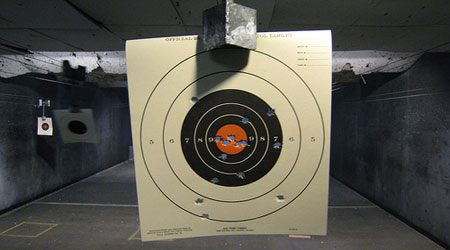 On Monday, the Associated Press reported that the White House is considering using a drone strike to assassinate an American citizen accused of ties to Al-Qaida.

If the administration ends up approving the strike, the target would become the fifth American citizen killed by the government’s so-called “remote assassination program.”

News that the White House is considering killing yet another American comes less than a year after the President announced reforms to the drone program during a speech at the National Defense University.

In that speech, President Obama said that while it was unconstitutional for the government to kill its citizens without due process, lethal force was sometimes necessary to take out Americans who “wage war” against their mother country and pose an imminent threat to public safety.

So, does the administration’s new target meet this standard? Does he really pose a direct, imminent threat to the American homeland?

Unless the White House decides to let the public in on its internal review process, we’ll never really know for sure.

That fact alone should concern anyone who believes in the founding principles of this country.

The Framers of the Constitution never intended for the president and the executive branch to have the power to wage war anywhere, anytime, and against any one – let alone against an American citizen.

In fact, they did everything they could to restrict both the power of the military and the ability of the president – the chief executive – to use that military to wage war without end.

The Founders believed that a military was sometimes necessary for self-defense, but they did not want it to become a standing army, the type of standing army that they had seen overthrow governments in Europe time and time again over the course of history.

And so, in Article 1, Section 8 of the Constitution, the Founders gave Congress – the elected representatives of “We the People” – power to raise and support armies, and for only two years at a time. This is the only time in the Constitution that the power of Congress to appropriate money is time-limited, and that’s because the Founders were so concerned about the power of a standing army in a time of peace.

At the same time, because they were so wary about the dangers of military power, the Founders made the head of the military the President of the United States, a civilian accountable to the voting public rather than the military,

And to make sure that even that civilian head of the military never became the puppet of the generals, the Founders gave to Congress exclusively the ability to declare war.

The power to declare war does not exist in Article 2 of the Constitution; it is not a power the president has. Only Congress has that power.

The idea behind all of this was to prevent a standing army that could wage war without end and collude with the executive branch to turn on “We the People” and snuff out our republic.

As James Madison wrote in a letter to a friend:

In war… the discretionary power of the [president] is extended. [The president’s] influence in dealing out offices, honors, and emoluments is multiplied; and all the means of seducing the minds, are added to those of subduing the force of the people….No nation could preserve its freedom in the midst of continual warfare.”

Not only do we have a massive standing army with a multi-billion dollar price tag, we also have an executive branch that wages war with impunity all across the globe.

And what’s worse, many of the decisions regarding the use of force abroad are made behind closed doors without any input from the voting public.

The fact that the White House is now considering assassinating another American citizen should concern us all, but, tragically, in light of the expansion of the military and executive branch’s war powers since the Cold War, it shouldn’t be all that surprising.

Standing armies and powerful executives will always threaten our liberty.

Congress needs to reclaim its exclusive constitutional power to both declare and end wars, and put an end now to this never ending so-called “War on Terror.”