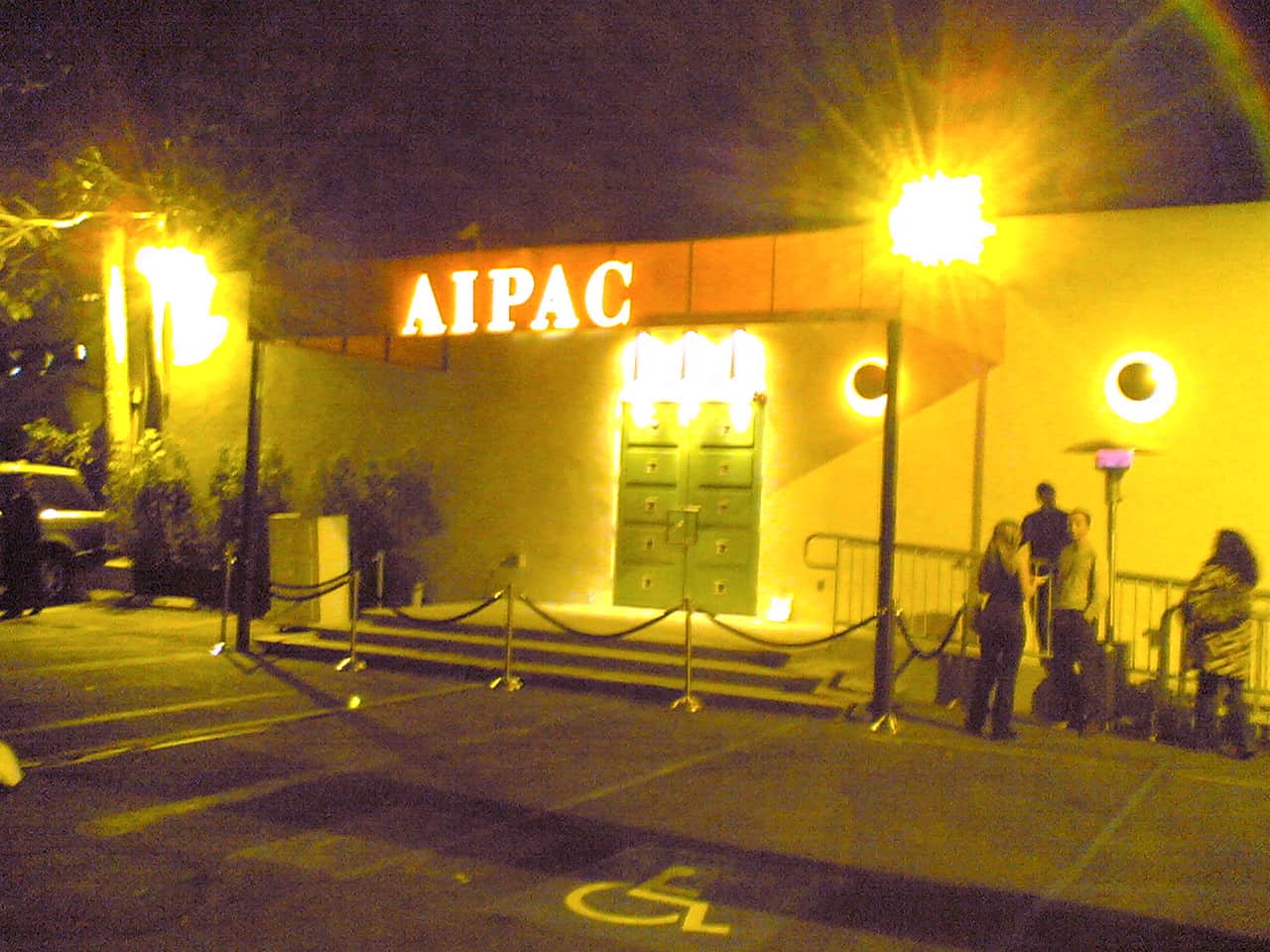 The official name for Israel’s latest assault on Gaza is “Operation Protective Edge.” A better name would be “Operation Déjà Vu.” As it has on several prior occasions, Israel is using weapons provided by U.S. taxpayers to bombard the captive and impoverished Palestinians in Gaza, where the death toll now exceeds 500. As usual, the U.S. government is siding with Israel, even though most American leaders understand Israel instigated the latest round of violence, is not acting with restraint, and that its actions make Washington look callous and hypocritical in the eyes of most of the world.

This Orwellian situation is eloquent testimony to the continued political clout of AIPAC (American Israel Public Affairs Committee) and the other hardline elements of the Israel lobby. There is no other plausible explanation for the supine behavior of the U.S. Congress–including some of its most “progressive” members–or the shallow hypocrisy of the Obama administration, especially those officials known for their purported commitment to human rights.

The immediate cause of this latest one-sided bloodletting was the kidnapping and murder of three Israeli hikers in the occupied West Bank, followed shortly thereafter by the kidnapping and fatal burning of a Palestinian teenager by several Israelis. According to J.J. Goldberg’s reporting in the Jewish newspaper Forward, the Netanyahu government blamed Hamas for the kidnappings without evidence and pretended the kidnapped Israelis were still alive for several weeks, even though there was evidence indicating the victims were already dead. It perpetrated this deception in order to whip up anti-Arab sentiment and make it easier to justify punitive operations in the West Bank and Gaza.

And why did Netanyahu decide to go on another rampage in Gaza? As Nathan Thrall of the International Crisis Group points out, the real motive is neither vengeance nor a desire to protect Israel from Hamas’ rocket fire, which has been virtually non-existent over the past two years and is largely ineffectual anyway. Netanyahu’s real purpose was to undermine the recent agreement between Hamas and Fatah for a unity government. Given Netanyahu’s personal commitment to keeping the West Bank and creating a “greater Israel,” the last thing he wants is a unified Palestinian leadership that might press him to get serious about a two-state solution. Ergo, he sought to isolate and severely damage Hamas and drive a new wedge between the two Palestinian factions.

Behind all these maneuvers looms Israel’s occupation of Palestine, now in its fifth decade. Not content with having ethnically cleansed hundreds of thousands of Palestinians in 1948 and 1967 and not satisfied with owning eighty-two percent of Mandatory Palestine, every Israeli government since 1967 has built or expanded settlements in the West Bank and East Jerusalem while providing generous subsidies to the 600,000-plus Jews who have moved there in violation of the Fourth Geneva Convention. Two weeks ago, Netanyahu confirmed what many have long suspected: he is dead set against a two-state solution and will never–repeat never–allow it to happen while he is in office. Given that Netanyahu is probably the most moderate member of his own Cabinet and that Israel’s political system is marching steadily rightward, the two-state solution is a gone goose.

Worst of all, the deaths of hundreds more Palestinians and a small number of Israelis will change almost nothing. Hamas is not going to disband. When this latest round of fighting ends, the 4.4 million Palestinians who live in the West Bank and Gaza will still be Israel’s de facto prisoners and still be denied basic human rights. But they are not going to leave, mainly because Palestine is their homeland, but also because they have nowhere to go, especially given the turmoil in other parts of the Middle East.

Eventually another ceasefire will be negotiated. The dead will be buried, the wounded will recover, the tunnels now being destroyed will be rebuilt, and Hamas will replenish its stockpile of missiles and rockets. The stage will then be set for another round of fighting, and Israel will have moved further down the road to becoming a full-fledged apartheid state.

Meanwhile, U.S. politicians and policymakers continue to back a brutal military campaign whose primary purpose is not to defend Israel but rather to protect its longstanding effort to colonize the West Bank. Amazingly, they continue to support Israel unreservedly even though every U.S. president since Lyndon Johnson has opposed Israel’s settlements project, and the past three American presidents–Clinton, Bush and Obama–have all worked hard for the two-state solution that Israeli policy has now made impossible.

Yet as soon as fighting starts, and even if Israel instigates it, AIPAC demands that Washington march in lockstep with Tel Aviv. Congress invariably rushes to pass new resolutions endorsing whatever Israel decides to do. Even though it is mostly Palestinians who are dying, White House officials rush to proclaim that Israel has “the right to defend itself,” and Obama himself won’t go beyond expressing “concern” about what is happening. Of course Israelis have the right to defend themselves, but Palestinians not only have the same right, they have the right to resist the occupation. To put this another way, Israel does not have the right to keep its Palestinian subjects in permanent subjugation. But try finding someone on Capitol Hill who will acknowledge this simple fact.

The explanation for America’s impotent and morally bankrupt policy is the political clout of the Israel lobby. Barack Obama knows that if he were to side with the Palestinians in Gaza or criticize Israel’s actions in any way, he would face a firestorm of criticism from the lobby and his chances of getting Congressional approval for a deal with Iran would evaporate.

Similarly, every member of the House and Senate–including progressives like Senator Elizabeth Warren–knows that voting for those supposedly “pro-Israel” resolutions is the smart political move. They understand that even the slightest display of independent thinking on these issues could leave them vulnerable to a well-funded opponent the next time they’re up for re-election. At a minimum, they’ll have to answer a flood of angry phone calls and letters, and, on top of that, they are likely to be blackballed by some of their Congressional colleagues. The safer course is to mouth the same tired litanies about alleged “shared values” between Israel and the U.S. and wait till the crisis dies down. And people wonder why no one respects Congress anymore.

To be sure, the lobby’s clout is not as profound as it once was. Public discourse about Israel, U.S. policy toward Israel and the lobby itself has changed markedly in recent years, and a growing number of journalists, bloggers and pundits–such asAndrew Sullivan, Juan Cole, Peter Beinart, M.J. Rosenberg, Max Blumenthal,Phyllis Bennis, Bernard Avishai, Sara Roy, Mitchell Plitnick, David Remnick, Phil Weiss and even (occasionally) Thomas Friedman of the New York Times–are willing to speak and write candidly about what is happening in the Middle East. Although most Americans openly support Israel’s existence–just as I do–their sympathy for an Israel that acts more like Goliath than David is fading. The ranks of the skeptics include a growing number of younger American Jews, who find little to admire and much to dislike in Israel’s actions and who are far less devoted to it than were previous generations. Pro-peace groups such as J Street and Jewish Voice for Peace reflect that trend and show that opinion among American Jews is far from unified.

Moreover, AIPAC and other hardline lobby groups could not convince the Obama administration to intervene in Syria, and they have been unable to convince the Bush or Obama administrations to launch a preventive strike against Iran’s nuclear infrastructure. They have also failed to derail the nuclear negotiations with Tehran–at least so far–though not for lack of trying. Pushing the U.S. toward another Middle East war is a lot for any interest group to accomplish, of course, but these setbacks show that even this “leviathan among lobbies” does not always get its way.

But the lobby is still able to keep roughly $3 billion in U.S. aid to Israel flowing each year; it can still prevent U.S. presidents from putting meaningful pressure on Israel; and it can still get the U.S. to wield its veto whenever a resolution criticizing Israel’s actions is floated in the U.N. Security Council. This situation explains why the Obama administration made zero progress toward “two states for two peoples”: if Israel gets generous U.S. support no matter what it does, why should its leaders pay any attention to Washington’s requests? Obama and Secretary of State John Kerry could only appeal to Netanyahu’s better judgment, and we’ve seen how well that worked.

This situation is a tragedy for all concerned, not least for Israel itself. A Greater Israel cannot be anything but an apartheid state, and exclusionary ethnic nationalism of this sort is not sustainable in the 21st century. Israel’s Arab subjects will eventually demand equal rights, and as former Israeli Prime Minister Ehud Olmert warned back in 2007, once that happens, “the state of Israel is finished.”

Unfortunately, AIPAC, the Anti-Defamation League, the Conference of Presidents of Major American Jewish Organizations and assorted Christian Zionist groups continue to exhibit a severe case of tunnel vision. Because defending Israel no matter what it does is their main raison d’etre (and central to their fundraising), they are unable to see that they are helping Israel drive itself off a cliff. Similarly, those pliant members of Congress who cravenly sign AIPAC-drafted resolutions are not true friends of Israel. They are false friends who pretend to care but are really only interested in getting reelected.

Historians will one day look back and ask how U.S. Middle East policy could be so ineffectual and so at odds with its professed values — not to mention its strategic interests. The answer lies in the basic nature of the American political system, which permits well-organized and well-funded special interest groups to wield significant power on Capitol Hill and in the White House. In this case, the result is a policy that is bad for all concerned: for the Palestinians most of all, but also for the U.S. and Israel as well. Until the lobby’s clout is weakened or politicians grow stiffer spines, Americans looking for better outcomes in the Middle East had better get used to disappointment and prepared for more trouble.