It’s refreshing to see someone break with the usual Washington notion that political “courage” means proposing that we hurt the poor while sparing the rich. 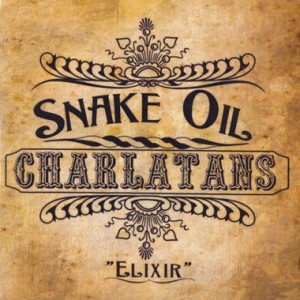 It has been a big week for budget documents. In fact, members of Congress have presented not one but two full-fledged, serious proposals for spending and taxes over the next decade.

Before I get to that, however, let me talk briefly about the third proposal presented this week — the one that isn’t serious, that’s essentially a cruel joke.

Way back in 2010, when everybody in Washington seemed determined to anoint Representative Paul Ryan as the ultimate Serious, Honest Conservative, I pronounced him a flimflam man. Even then, his proposals were obviously fraudulent: huge cuts in aid to the poor, but even bigger tax cuts for the rich, with all the assertions of fiscal responsibility resting on claims that he would raise trillions of dollars by closing tax loopholes (which he refused to specify) and cutting discretionary spending (in ways he refused to specify).

Since then, his budgets have gotten even flimflammier. For example, at this point, Mr. Ryan is claiming that he can slash the top tax rate from 39.6 percent to 25 percent, yet somehow raise 19.1 percent of G.D.P. in revenues — a number we haven’t come close to seeing since the dot-com bubble burst a dozen years ago.

The good news is that Mr. Ryan’s thoroughly unconvincing policy-wonk act seems, finally, to have worn out its welcome. In 2011, his budget was initially treated with worshipful respect, which faded only slightly as critics pointed out the document’s many absurdities. This time around, quite a few pundits and reporters have greeted his release with the derision it deserves.

And, with that, let’s turn to the serious proposals.

Unless you’re a very careful news reader, you’ve probably heard about only one of these proposals, the one released by Senate Democrats. And let’s be clear: By comparison with the Ryan plan, and for that matter with a lot of what passes for wisdom in our nation’s capital, this is a very reasonable plan indeed.

As many observers have pointed out, the Senate Democratic plan is conservative with a small “c”: It avoids any drastic policy changes. In particular, it steers away from draconian austerity, which is simply not needed given ultralow U.S. borrowing costs and relatively benign medium-term fiscal projections.

True, the Senate plan calls for further deficit reduction, through a mix of modest tax increases and spending cuts. (Incidentally, the tax increases still fall well short of those called for in the Bowles-Simpson plan, which Washington, for some reason, treats as something close to holy scripture.) But it avoids large short-run spending cuts, which would hobble our recovery at a time when unemployment is still disastrously high, and it even includes a modest amount of stimulus spending.

So we could definitely do worse than the Senate Democratic plan, and we probably will. It is, however, an extremely cautious proposal, one that doesn’t follow through on its own analysis. After all, if sharp spending cuts are a bad thing in a depressed economy — which they are — then the plan really should be calling for substantial though temporary spending increases. It doesn’t.

But there’s a plan that does: the proposal from the Congressional Progressive Caucus, titled “Back to Work,” which calls for substantial new spending now, temporarily widening the deficit, offset by major deficit reduction later in the next decade, largely though not entirely through higher taxes on the wealthy, corporations and pollution.

I’ve seen some people describe the caucus proposal as a “Ryan plan of the left,” but that’s unfair. There are no Ryan-style magic asterisks, trillion-dollar savings that are assumed to come from unspecified sources; this is an honest proposal. And “Back to Work” rests on solid macroeconomic analysis, not the fantasy “expansionary austerity” economics — the claim that slashing spending in a depressed economy somehow promotes job growth rather than deepening the depression — that Mr. Ryan continues to espouse despite the doctrine’s total failure in Europe.

No, the only thing the progressive caucus and Mr. Ryan share is audacity. And it’s refreshing to see someone break with the usual Washington notion that political “courage” means proposing that we hurt the poor while sparing the rich. No doubt the caucus plan is too audacious to have any chance of becoming law; but the same can be said of the Ryan plan.

So where is this all going? Realistically, we aren’t likely to get a Grand Bargain any time soon. Nonetheless, my sense is that there is some real movement here, and it’s in a direction conservatives won’t like.

As I said, Mr. Ryan’s efforts are finally starting to get the derision they deserve, while progressives seem, at long last, to be finding their voice. Little by little, Washington’s fog of fiscal flimflam seems to be lifting.