Aetna Shows Why We Need a Single Payer 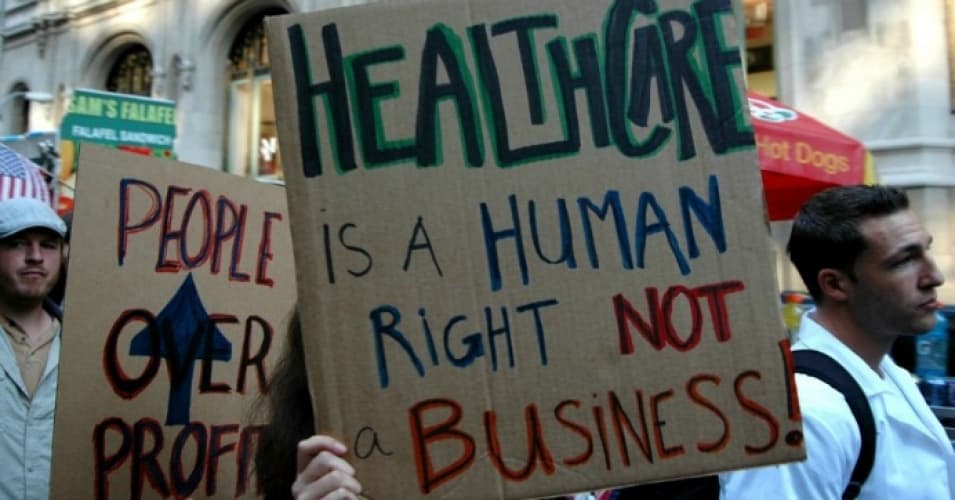 The best argument for a single-payer health plan is the recent decision by giant health insurer Aetna to bail out next year from 11 of the 15 states where it sells Obamacare plans.

Aetna’s decision follows similar moves by UnitedHealth Group, the nation’s largest insurer, and Humana, one of the other giants.

All claim they’re not making enough money because too many people with serious health problems are using the Obamacare exchanges, and not enough healthy people are signing up.

The problem isn’t Obamacare per se. It’s in the structure of private markets for health insurance – which creates powerful incentives to avoid sick people and attract healthy ones. Obamacare is just making the structural problem more obvious.

If insurers had no idea who’d be sick and who’d be healthy when they sign up for insurance (and keep them insured at the same price even after they become sick), this wouldn’t be a problem. But they do know – and they’re developing more and more sophisticated ways of finding out.

It’s not just people with pre-existing conditions who have caused insurers to run for the happy hills of healthy customers. It’s also people with genetic predispositions toward certain illnesses that are expensive to treat, like heart disease and cancer. And people who don’t exercise enough, or have unhealthy habits, or live in unhealthy places.

As a result we end up with the most bizarre health-insurance system imaginable: One ever more carefully designed to avoid sick people.

If this weren’t enough to convince rational people to do what most other advanced nations have done and create a single-payer system, consider that America’s giant health insurers are now busily consolidating into ever-larger behemoths. UnitedHealth is already humongous. Aetna, meanwhile, is trying to buy Humana.

In reality, they’re becoming very big to get more bargaining leverage over everyone they do business with – hospitals, doctors, employers, the government, and consumers. That way they make even bigger profits.

But these bigger profits come at the expense of hospitals, doctors, employers, the government, and, ultimately, taxpayers and consumers.

So the real choice in the future is becoming clear. Obamacare is only smoking it out. One alternative is a public single-payer system. The other is a hugely-expensive for-profit oligopoly with the market power to charge high prices even to healthy people – and to charge sick people (or those likely to be sick) an arm and a leg.

Robert Reich, one of the nation’s leading experts on work and the economy, is Chancellor’s Professor of Public Policy at the Goldman School of Public Policy at the University of California at Berkeley. He has served in three national administrations, most recently as secretary of labor under President Bill Clinton. Time Magazine has named him one of the ten most effective cabinet secretaries of the last century. He has written thirteen books, including his latest best-seller, Aftershock: The Next Economy and America’s Future; The Work of Nations; Locked in the Cabinet; Supercapitalism; and his newest,Beyond Outrage. His syndicated columns, television appearances, and public radio commentaries reach millions of people each week. He is also a founding editor of the American Prospect magazine, and Chairman of the citizen’s group Common Cause. His widely-read blog can be found at www.robertreich.org.