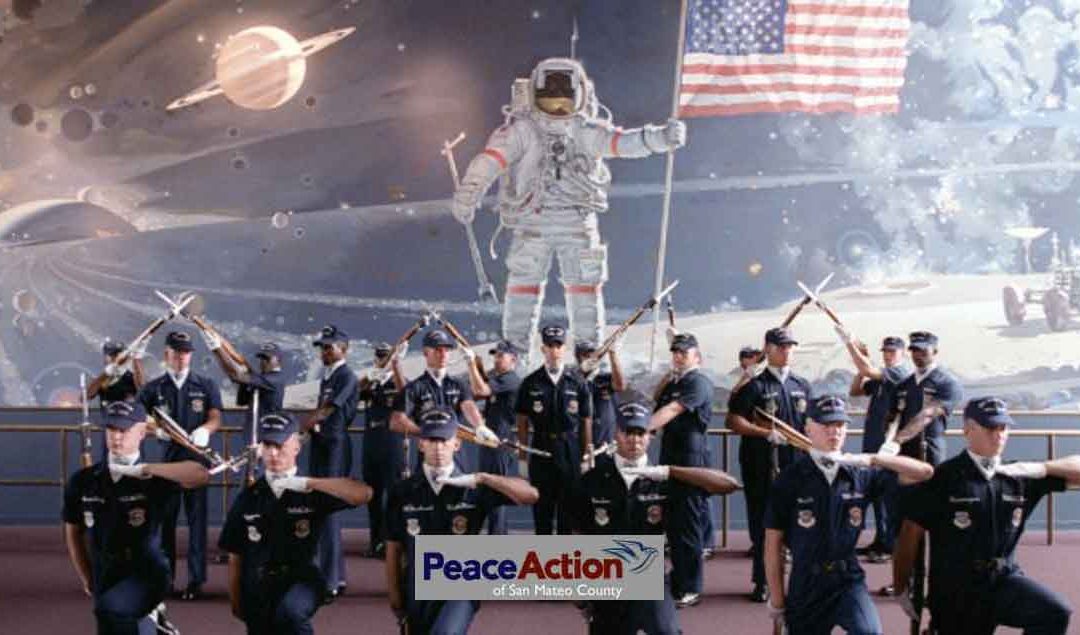 Rep. Jared Huffman has introduced the No Militarization of Space Act (HR 5335), which would abolish the Space Force.

One of Donald Trump’s flights of fancy (so to speak) was the establishment, in 2019, of the U.S. Space Force. Part of the FY 2020 National Defense Authorization Act, approval of the Space Force codified the notion of space as a theatre of war. It runs counter to our commitment to the Outer Space Treaty of 1967, which restricts the placement of weapons of mass destruction in space and banned military maneuvers on celestial bodies. It also added an initial $15.5 billion to our military budget (with the promise of much more), for a program that creates more military bureaucracy, duplicates much of the existing work within the Air Force, and poses a threat to national and world security.

In late September, North Bay Rep. Jared Huffman introduced the No Militarization of Space Act (HR 5335), which would abolish the Space Force and return what is left of its mission to the Air Force. It would leave the military budget with one less line item and one less unnecessary footprint in space.

Sean Vitka, senior policy counsel for Demand Progress, put it as well as anyone: “Militarizing space is an unconscionable waste of billions of tax dollars, and it risks extending the worst mistakes of history to the final frontier by inviting conflict and escalation”. Rep. Huffman said, “It’s time we turn our attention back to where it belongs: addressing urgent domestic and international priorities like battling COVID-19, climate change, and growing economic inequality.”

Action: Contact Reps. Speier or Eshoo, or whomever represents you, and urge their co-sponsorship of HR 5335, the No Militarization of Space Act. Suggest that we have far larger domestic priorities than this redundant branch of the military, which could take another step toward destabilizing our planet from thousands of miles above it.