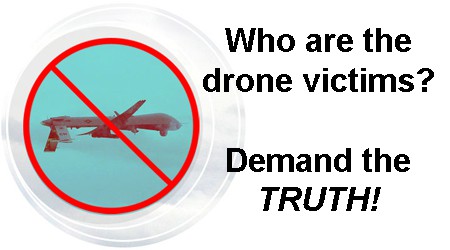 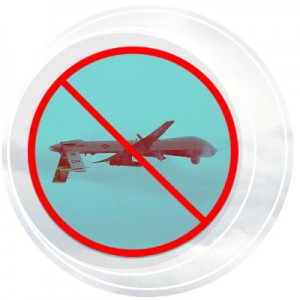 ACTION ALERT
Ask your Representative to get the truth about drone victims. Urge them to co-sponsor
H.R.4372 – The Targeted Lethal Force Transparency Act

Reps. Adam Schiff (D-CA) – a member of the House Intelligence Committee – and Walter Jones (R-NC) – a member of the House Armed Services Committee – have introduced legislation – the Targeted Lethal Force Transparency Act – to require an annual report on the number of combatants and civilians killed or injured annually by U.S. drone strikes. The bill also requires that the report include the definitions of combatants and civilian noncombatants used. (The administration currently counts all military-age males in a strike zone as combatants.)

The bill needs co-sonsors to advance — lots of co-sponsors. Sign this letter to your Representative, urging them to co-sponsor HR 4372.