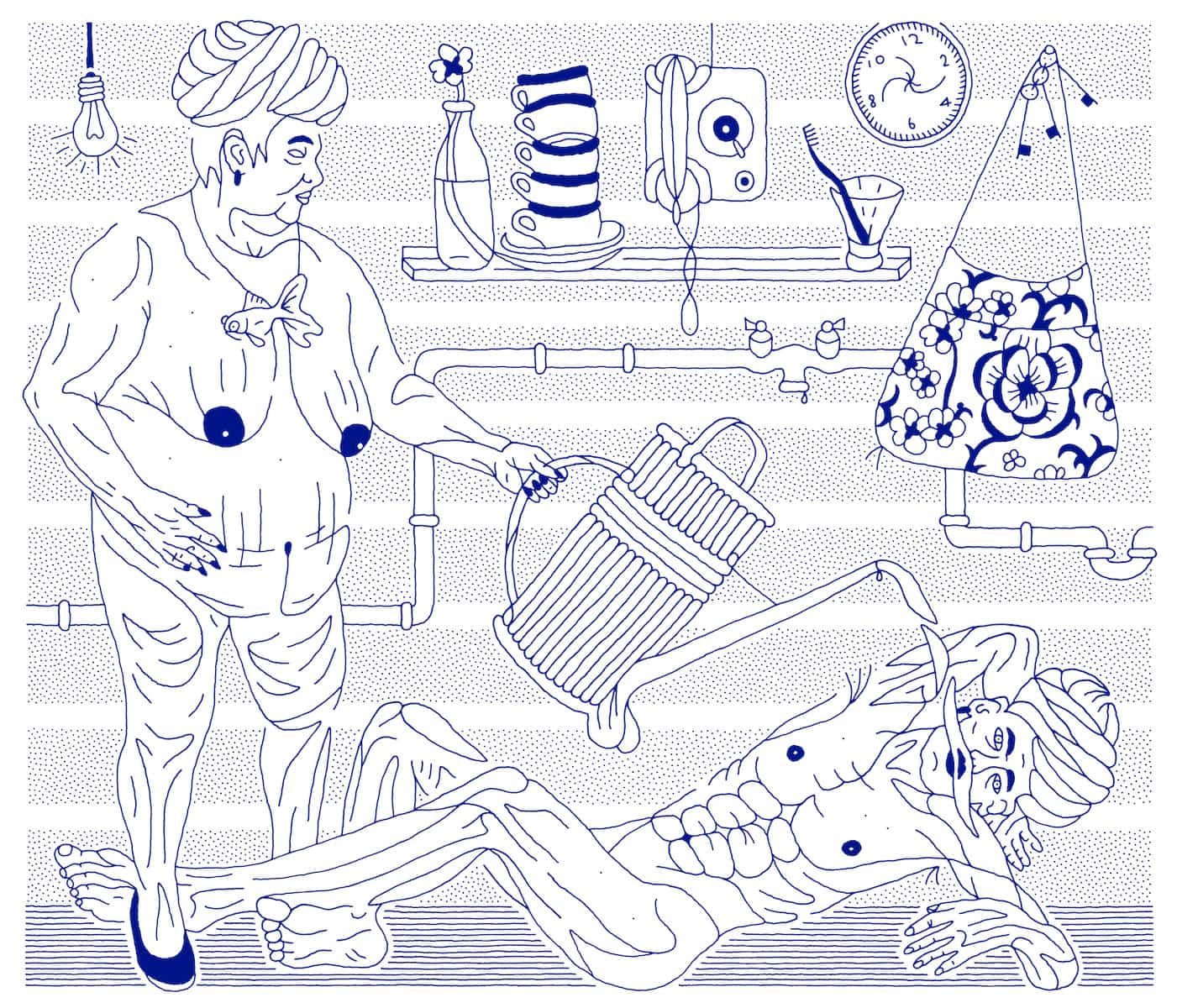 Last week, Abu Zubaydah, who has been imprisoned at Guantanamo for 14 years without being charged with a crime, appeared for the first time before the U.S. military Periodic Review Board, which determines whether Guantanamo detainees will continue to be held as “enemy combatants.”

Zubaydah argued he should be released because he has “no desire or intent to harm the United States or any other country.” During his hearing, Zubaydah also said he had been tortured by the CIA, an allegation confirmed by the Senate Intelligence Committee’s torture report. The U.S. government maintains he is an enemy combatant.

When Zubaydah was apprehended in Pakistan in 2002, the Bush administration characterized him as “chief of operations” for Al Qaeda and Osama bin Laden’s “number three” man. This was untrue, according to John Kiriakou, who led the joint CIA-FBI team that caught Zubaydah. Kiriakou confirmed that Zubaydah did not help plan the September 11, 2001 attacks.

Zubaydah was tortured repeatedly at the “black sites,” where the CIA subjected him to waterboarding 83 times. On one occasion, Zubaydah had to be resuscitated. An observer at the scene was quoted in the Senate torture report as saying Zubaydah was “completely unresponsive, with bubbles rising through his open, full mouth.”

In 2005, after the Abu Ghraib torture photos came to light, the CIA destroyed several hundred hours of videotapes of the interrogations of Zubaydah and Abd al-Rahim al-Nashiri. The tapes likely depicted waterboarding.

The Bush administration claimed it only used waterboarding on three individuals (the third being alleged 9/11 organizer Khalid Sheikh Mohammed). But a footnote in one of Bush lawyer Stephen Bradbury’s memos says waterboarding was utilized “with far greater frequency than initially indicated” with “large volumes of water” rather than small quantities as required by the CIA’s rules.

The CIA also withheld Zubaydah’s medication (as he recovered from severe injuries), slammed him into a wall, threatened him with impending death, shackled him in uncomfortable positions, and bombarded him with continuous deafening noise and harsh lights.

In one of his memos, Bybee wrote that the CIA told him, “Zubaydah does not have any pre-existing mental conditions or problems that would make him likely to suffer prolonged mental harm from [the CIA’s] proposed interrogation methods.”

Bybee granted the CIA’s request to confine Zubaydah in a cramped box with a harmless insect and tell him it will sting him but it won’t kill him. Even though the CIA knew that Zubaydah had an irrational fear of insects, Bybee decided there would be no threat of severe physical pain or suffering if it followed this procedure.

The torture of Zubaydah did not yield useful information. FBI agent Ali Soufan, who interrogated him, wrote in the New York Times that any useful information Zubaydah provided was given before the “enhanced interrogation techniques” — Bush-speak for torture — were used.

In response to the torture, Zubaydah told his interrogators that Al Qaeda was planning terrorist attacks against the Brooklyn Bridge, Statute of Liberty, shopping malls, banks, water systems, supermarkets, nuclear plants and apartment buildings. He said Al Qaeda was close to building a crude nuclear bomb. None of this was ever corroborated.

It is undisputed that waterboarding constitutes torture, which is considered a war crime under the U.S. War Crimes Act. Cruel, inhuman and degrading treatment is also outlawed by the Convention Against Torture and Other Cruel, Inhuman or Degrading Treatment or Punishment, a treaty the United States has ratified.

Despite his constitutional duty to “take care that the laws be faithfully executed,” President Barack Obama refuses to bring the Bush officials who tortured Zubaydah and others to justice.

Donald Trump has pledged to keep Guantanamo open and advocates a resumption of waterboarding. Indeed, he promised a Trump administration would “bring back a hell of a lot worse than waterboarding.”

Hillary Clinton opposes waterboarding. She said torture is an “open recruitment poster for more terrorists,” and “over the years, Guantanamo has inspired more terrorists than it has imprisoned.”

Meanwhile, Zubaydah languishes at Guantanamo, with no hope of release.

Joseph Margulies, one of Zubaydah’s lawyers, said his client is “the poster child for the torture program, and that’s why they never want him to be heard from again.”