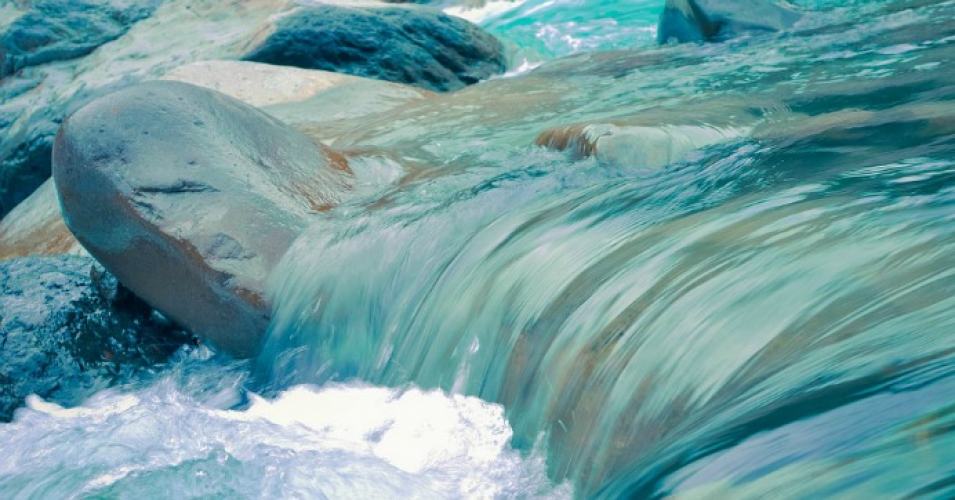 The teleprompters seemed to be climate science deniers.  It was as if the political class at the microphones of Philadelphia and Cleveland suffered from a deep racial fear or even sexual fear – of the Earth.

Directly addressing the crisis of our lives was impossible.  For Earth activists the conventions were an unnatural but familiar disaster.  Hillary’s single sentence for the climate pushed it into the laundry list of progressive issues.  I was slowly slumping in paralysis like everyone else.

Then I remembered a piece by Czeslaw Milosz, the world poet. I dredged it out and re-read it. He instructs us to get through the succession of liars to a great moment of truth, which he describes as a spring day’s return by the Earth.  The name of the poem is “Slow River” and it ends with these words:

Three times will the liars have conquered
before the great truth appears alive
and in the splendor of one moment
stand spring and the sky, the seas, the lands.

Doesn’t this tell activists to stay in motion?  Isn’t this an invitation to look out across the future from the bright moments of Bernie and Black Lives and Occupy?

The deletion of the Earth’s crisis from the hundreds of thousands of words that streamed from the conventions—and the debates and the months on the stump—is hard to figure out.  There seems to be a morbid attraction to an ultimate kind of nervousness.  You might say that this silence betrays a love of the fear of death.  This late in the game, 2016, we fetishize our fear of death if we fail to speak up for life.

There is something at work here that is more basic than the usual explanation, which is that the Earth is not a vote-swaying topic.  The root cause of this censorship is exactly the same sort of fear that causes climate change, perma-war, and species extinction.  The separation from the Earth is hard-wired into each of us personally, and it manifests in our most public rituals.  We need to know more about this deadly phenomenon.

Anne and Paul Ehrlich, authors of The Population Bomb,  explored what it would take for us to save ourselves in this time of the Earth’s crisis.  They wrote:

Scientific analysis points, curiously, toward the need for a quasi-religious transformation of contemporary cultures.

That’s pretty extreme for elite academics—to say that science is pointing us back toward religion.  The Ehrlichs believe that we are stuck in the essential inaction of right-thinking, spinning  speeches, wonkyness, clicktavism, lobbying and marketing, i. e. modern politics—as the Earth heats up.  In the Church of Stop Shopping we agree, we need to break out of these repetitions.  And cut out the patriarch and invite in the Earth.  Amen?

The Ehrlichs bold move reminds me of Dr. Cornel West’s stop-everything sermons at the last months’ Democrat platform hearings.  He froze the Clinton professionals with dread. Dr. West spoke openly of the soul, prophecy, the agony of Gaza, and what it means to hesitate with your morals, as if to warn the Clinton professionals that they would be depressed by their hack work.

The video footage of that panel is fascinating.  I felt like the Earth was to about crush the room in the triangle between the preacher and Deborah “water is sacred to my people” Parker and Bill “we need bicycles in the suburbs” McKibben. Debbie Wasserman retired to a back room behind her staring eyes as Gaia’s wind and waves and wildfires seemed to sing to her from multiple faces.  And then she voted for fracking, Monsanto, and TPP.

The unknown is overtaking us now, like a new kind of climate that Accuweather doesn’t recognize.  Last month is always the hottest month.  The civil wars, sixty million refugees, predations by governments and corporations are accelerating. Where’s our quasi-religious transformation?  We must trespass everywhere and do what evolution teaches us: be unprecedented.

The trespassing into Donald Trump and Hillary Clinton’s speeches by Black Lives Matter is looking better and better.  That streak of hot pink up through bleachers of Republicans in Cleveland was Medea Benjamin.  We need the artistic revolts of Neil Young and Anohni and the Squamish singers at the kayaktivist rallies in Seattle.  A transformation of contemporary cultures our black hole of shopping and shooting starts with desperate and faithful citizens on the edges, ready to fly to the center.  Oh Nina Simone, don’t leave us now.

If we feel trapped by Trump and Clinton, imagine the faith of Czeslaw Milosz when he wrote “Slow River,” in the late thirties, in Wilno, Poland.  I believe his promise to us.  We will outlast the liars and the Earth will flood us, as radical as a spring day.

The great truth appears alive
and in the splendor of one moment
stand spring and the sky, the seas, the lands.

Reverend Billy Talen is pastor of The Church of Stop Shopping, New York activists now seeking to map the spraying of Monsanto’s RoundUp in parks and schools in the US.  The Stop Shopping Choir has sung in the offices of the Central Park offices of the NYC Parks Dept and exorcised glyphosate spraying trucks in Brooklyn’s Prospect Park.  Last year the church was produced by Laurie Anderson, and opened for Neil Young in his anti-Monsanto tour.  Talen is the author of “The Earth Wants YOU“, from City Lights Books.