A Corporate Coup in Disguise 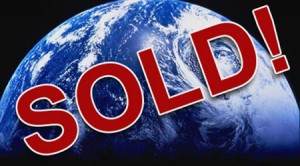 The Trans-Pacific Partnership — a corporate coup d’etat — would create a virtually permanent corporate rule over the people.

What if our national leaders told us that communities across America had to eliminate such local programs as Buy Local, Buy American, Buy Green, etc. to allow foreign corporations to have the right to make the sale on any products purchased with our tax dollars? This nullification of our people’s right to direct expenditures is just one of the horror stories in the Trans-Pacific Partnership (TPP).

This is a super-sized NAFTA, the 1994 trade scam rammed through Congress by the entire corporate establishment. NAFTA promised the “glories of globalization”: prosperity across our land. Unfortunately, corporations got the gold. We got the shaft — thousands of factories closed, millions of middle-class jobs went south, and the economies of hundreds of towns and cities were shattered.

Twenty years later, the gang that gave us NAFTA is back with the TPP, a “trade deal” that mostly does not deal with trade. Of the 29 chapters in this document, only five cover traditional trade matters! The other chapters amount to a devilish “partnership” for corporate protectionism:

—Food safety. Any of our government’s food safety regulations (on pesticide levels, bacterial contamination, fecal exposure, toxic additives, etc.) and food labeling laws (organic, country-of-origin, animal-welfare approved, GMO-free, etc.) that are stricter than “international standards” could be ruled as “illegal trade barriers.” Our government would then have to revise our consumer protections to comply with weaker standards.

—Fracking. Our Department of Energy would lose its authority to regulate exports of natural gas to any TPP nation. This would create an explosion of the destructive fracking process across our land, for both foreign and U.S. corporations could export fracked gas from America to member nations without any DOE review of the environmental and economic impacts on local communities — or on our national interests.

—Jobs. US corporations would get special foreign-investor protections to limit the cost and risk of relocating their factories to low-wage nations that sign onto this agreement. So, an American corporation thinking about moving a factory would know it is guaranteed a sweetheart deal if it moves operations to a TPP nation like Vietnam. This would be an incentive for corporate chieftains to export more of our middle-class jobs.

—Drug prices. Big Pharma would be given more years of monopoly pricing on each of their patents and be empowered to block distribution of cheaper generic drugs. Besides artificially keeping everyone’s prices high, this would be a death sentence to many people suffering from cancer, HIV, AIDS, tuberculosis and other treatable diseases in impoverished lands.

—Banksters. Wall Street and the financial giants in other TPP countries would make out like bandits. The deal explicitly prohibits transaction taxes (such as the proposed Robin Hood Tax here) that would shut down speculators who have repeatedly triggered financial crises and economic crashes around the world. It restricts “firewall” reforms that separate consumer banking from risky investment banking. It could roll back reforms that governments adopted to fix the extreme bank-deregulation regimen that caused Wall Street’s 2007 crash. And it provides an escape from national rules that would limit the size of “too-big-to-fail” behemoths.

—Internet freedom. Corporations hoping to lock up and monopolize the Internet failed in Congress last year to pass their repressive “Stop Online Piracy Act.” However, they’ve slipped SOPA’s most pernicious provisions into TPP. The deal would also transform Internet service providers into a private, Big Brother police force, empowered to monitor our “user activity,” arbitrarily take down our content and cut off our access to the Internet. To top that off, consumers could be assessed mandatory fines for something as benign as sending your mom a recipe you got off of a paid site.

—Public services. TPP rules would limit how governments regulate such public services as utilities, transportation and education — including restricting policies meant to ensure broad or universal access to those essential needs. One insidious rule says that member countries must open their service sectors to private competitors, which would allow the corporate provider to cherry-pick the profitable customers and sink the public service.

Lori Wallach, director of Global Trade Watch, correctly calls the Trans-Pacific Partnership “a corporate coup d’etat.” Nations that join must conform their laws and rules to TPP’s strictures, effectively supplanting U.S. sovereignty and canceling our people’s right to be self-governing. Worse, it creates virtually permanent corporate rule over us.

Is it impossible to stop? Nope. There is also a broad, well-organized and politically experienced coalition of grassroots groups, which has stopped other deals and will do it again. We the people can protect our democratic rights from this threat of corporate usurpation. Check out globaltradewatch.org.