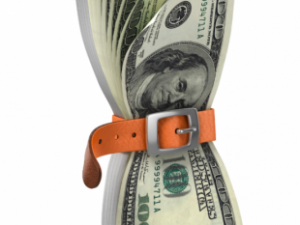 There’s a new normal in the American economy for vast slices of society and it’s discouragingly tough, despite all the cheerleading from the White House and economists that the country is in a slow but steady recovery. If anything, the new American economy has undergone a structural shift where far too many jobs are not paying enough to cover basic living expenses and money worries are simmering and never-ending.

“It’s difficult to point fingers at people and say, ‘You screwed up in some way’ or ‘You aren’t working hard enough,’” said Erica Seifert, a senior associate at Greenberg Quinlan Rosner Research, which recently conducted a series of focus groups in Florida and Ohio among young college women, Latino voters and white working-class voters. “This economy isn’t functional. The jobs don’t pay.”

Siefert’s firm convened groups of likely voters to hear detailed remarks about how they and their familes were faring economically. What they found was that previously given explanations for economic hard times, such as saying, “It’s the recession,” were replaced by comments that suggested that America is now beset with “institutional inequality.”

“In the past, we would talk to people and the recession was the obstacle,” she said. “Now we have people with educational degrees who can’t make enough money to pay their loans back and meet their expenses. It’s not that those people make poor choices.”

What follows are eight tenets of the new economy, according to her firm’s research. The quotes are from participants—some were teachers, bank clerks, truck drivers, massage therapists, social workers, working mothers, etc. Some had higher education degrees, while others were only high school graduates.

1. It’s not my economic recovery.

News about the rising stock market, increase in home values or tech sector boom—all staples of mainsteam media content—does not describe their world. The women aged 30 and younger and Latino voters in the Orlando area, and working-class men and women of all ages near Columbus, Ohio, said in many different ways that their personal finances were rocky and frail.

One was “afraid of losing my house.” Another said, “Back six years ago, I was making double the income I’m making now.” One said, “I think the best way to describe my finances is precarious.” Another said, “Me personally, not so good; my household is getting by.” One said, “I own my own home and don’t see the home values going up. I see the neighborhood selling quickly, but what are they selling for?” Another said, “Two steps forward, four steps back.”

Many people are living on an economic “edge where fear, worry and caution are pervasive,” the researchers found. “I can’t afford to lose right now,” one person said. “I’m being conservative… It’s starting to balance out a bit, but we never know. It’s a rollercoaster,” another said. “It’s pretty scary,” one said. “Afraid,” said another. “Most of my family and friends are, they’re making ends meet but they’re struggling… They’ve got financial, you know, worry in the back of their minds. You know, if something happens, what am I going to do?”

The personal strategies for getting by include routinely cutting corners, pooling resources and not just having underemployed young people move in with their parents, but people taking in their parents after their jobs disappeared.

“Cutting back on unnecessary items and home and just [living] paycheck to paycheck” was how one participant put it. “Looking for sales, pinching pennies,” another said. “I moved my mom in with me last month. I am curently supporting my mom; her factory shut down and she was on unemployment,” a young woman said. “After we pay our bills we make sure that our children eat, but there’s times my husband and I can’t afford it,” another said, saying, “We eat peanut butter, potatoes or rice. We make sure our children are eating four food groups a day.”

Tellingly, when asked what a good economy would look like, the responses were a litany of humble aspirations. Paying bills on time, having “a few extra dollars after payday,” getting annual raises, having a full-time job, being able to see people and “go out and have fun,” and being “able to save more” were all cited by participants.

Notably, these comments were in stark contrast to the regular news reports about steadily falling national unemployment rates and other economic indices. The participants asked: where were the jobs that were being created; who was hiring; what was the work; and what pay scale was offered? “How many of those [175,000 newly created jobs in May] have actual living wages?” one participant asked. “The lower income jobs, those grew exponentially,” another said, adding, “I’m actually looking for a job right now. There are lots of jobs on there in housekeeping, things like that.”

The cost of living was “very depressing,” one participant said, echoing comments by others that cited rising food and gas prices, and increased childcare and healthcare costs. “Raises aren’t happening, the cost of living continues to rise, bills continue to go up,” another said. “I don’t really know how people do it, I really don’t,” one said.

6. No escape from debt and loans.

Consumer debt, especially paying off student loans, was also cited as a tremendous source of stress and even prompted some participants to question whether education was worth it. A young woman with a social work degree said, “I have plenty of student loans that I’m paying. I have a degree. I’m working as a bartender not by choice… I make more money doing that than any position I could get from my degree, so I pay my student loans as a bartender.” Another said, “I can’t go to school because my credit is bad because of my previous school loans, but I can’t afford to pay them. There’s not really anything that I can do to better my education.”

Older people said that new college and university graduates faced untenable pressures. “When you come out of school you’re $50,000 or $100,000 in debt,” one said. “You’re lucky if you’re making, you know, $30,000 or $40,000 a year. That’s paying your bills. That’s paying your rent. You’re not paying off your debt, so you’re never getting ahead.” Said another, “There’s lots of students that just graduated and can’t get a job.”

And some parents added that they didn’t know how they could afford to pay for higher education, even though they thought that it was a necessity for a good job. “School right now is $30,000 a year,” said one parent of a grade schooler. “In 10 or 15 years, it’ll probably be $80,000 a year, and you’re saving up for that but you’ll never be able to catch up.”

7. Economic inequality is a fact of life.

Those interviewed by the focus group leaders said that they were more aware of economic inequality, not just by their own struggles, but by seeing how the richest Americans and managerial class was operating.

“There’s people making $30,000 a year paying a higher tax rate, and people making $30,000 a year have a lot less money to live on obviously than somebody making millions,” one said. Another said, ideally “you’d let these corporations run their businesses without government interference but the problem is you have people who are giving themselves multi-million-dollar annual bonuses and they’re cutting wages or they’re cutting jobs.” Another concluded, “It’s getting better for the rich and it’s not getting better for the poor.”

8. The political system is unresponsive.

The research firm that convened the focus groups generally works with Democrats. It found, tellingly, that people who feel these economics pressures were responsive to the GOP’s rhetoric of cutting government spending—because they personally had to cut their expenses. At the same time, they said that the government needed to do more to pay for education and had to make college more affordable, starting with lowering student debt.

The top two percent are “holding us hostage and they’ve got the money to buy the politicians to get what they want,” one participant said. Others were frustrated that the two major political parties were constantly at each others’ throats. “It is frightening to me to even consider that the Republicans block any bill or proposal just because they don’t like the president,” one said.

The focus groups convened by Greenberg Quinlan Rosner Research were part of an ongoing series to trace “emerging perceptions and understandings about how the economy now operates,” its July 11 report said. Erica Siefert, who sat in the room as participants talked and then analyzed the comments, said the takeaway was that America’s economy was failing on a massive level to produce living wage jobs.

“When you sit in the room and you listen to these people, it’s important to understand whatever they are saying as individuals and in aggregate,” she said. “I think people often think that they are to blame, but the game is really rigged against them.”

Steven Rosenfeld covers democracy issues for AlterNet and is the author of “Count My Vote: A Citizen’s Guide to Voting” (AlterNet Books, 2008).
Economic Justice
0 Events loaded
Look for more