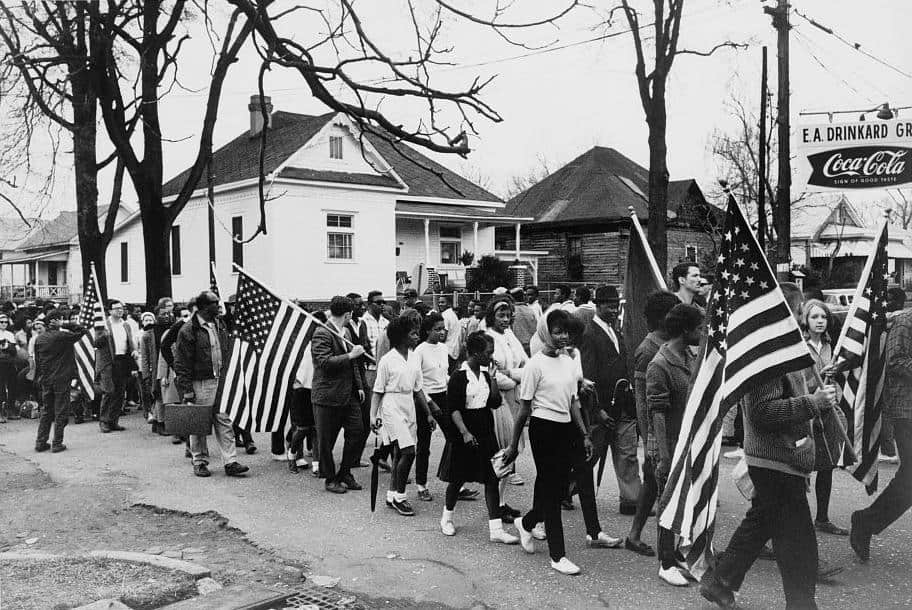 Shortly after 11 p.m. on June 24, the media declared six-term Republican Senator Thad Cochran the winner of Mississippi’s hard-fought Republican runoff primary. The reason, the pundits quickly concluded, was an unprecedented surge in black Democrats — some 13,000 or more — crossing over to support Cochran over his virulently anti-government tea party opponent, Chris McDaniel. “It should send a message,” retired school principal Ned Tolliver said. “It shows that we have the power to elect who we want to elect when the time is right.”

Around the time the polls closed, a very different view of Mississippi was playing out on PBS, in the form of a documentary called “Freedom Summer.” Grippingly recounting the 1964 effort that brought more than 700 college students — primarily white northerners — to register black voters in Mississippi, the film is part of a flood of 50th anniversary commemorations, from conferences to children’s books. In grim and grainy black-and-white footage, interspersed with interviews from the heroic Americans who risked beatings and firebombings and even death, these tributes remind us of the long road to African-Americans having the power to elect who they want to elect and celebrate those who made it possible.

And there is much to celebrate. Mississippi — where only 28,000 blacks were registered to vote in 1963 — now boasts more black elected officials than any other state, including therecently reelected first black mayor of Philadelphia, the site of the brutal murders of three civil rights workers. The “WHITES” and “COLORED” signs have long since come down. A black man sits in the Oval Office.

But 50 years after Freedom Summer, the United States faces the greatest curbs on voting rights since Reconstruction, with the Supreme Court gutting the Voting Rights Act last year and 22 states passing new voting restrictions since 2010. Poll taxes and literacy tests have been replaced with burdensome new laws that help keep approximately 3.7 million eligible black voters unregistered across the South. And an estimated 2.6 million American felons — including nearly 8 percent of all black adults — are barred from voting, despite having served their sentences.

With more and more Americans losing what President Lyndon Johnson called “the basic right without which all others are meaningless,” the remaining pool of older, whiter, more conservative voters are desperately trying to take the country back to a past we’d rather not revisit. In North Carolina, to pick a particularly egregious example, the GOP has slashed unemployment insurance, blocked a minimum wage expansion, opted out of the Affordable Care Act’s Medicaid expansion, cut universal prekindergarten, cleared the way for fracking, enacted one of the nation’s harshest voter-identification laws, and dramatically reduced access to abortion while allowing concealed weapons in bars, schools, and playgrounds. Even more astoundingly, they accomplished that destructive agenda in just a few short years.

All of this reinforces why, as Martin Luther King III recently said, we need “not just this moment of reflection, but also a year of action.” And activists and advocates across the country are taking that charge seriously.

In Congress, Sen. Patrick J. Leahy (D-Vt.) and Reps. John Conyers Jr. (D-Mich.) and F. James Sensenbrenner Jr. (R-Wis.) have spearheaded a bipartisan push to restore the section of the Voting Rights Act that the Supreme Court overturned. Reps. Keith Ellison (D-Minn.) and Mark Pocan (D-Wis.) have proposed a constitutional amendment to affirmatively guarantee and protect the right to vote for all Americans of legal age. Even Sen. Rand Paul (R-Ky.) — who has criticized a key provision of the 1964 Civil Rights Act — is introducing a bill with cross-party appeal to restore federal voting rights to nonviolent felons.

Meanwhile, fired by the same spirit of righteous indignation that drove their predecessors, a movement of young people and minorities and progressives of all stripes is stepping up. Already, we have seen weekly “Moral Monday” protests pop-up in North Carolina in response to the Republican assault on working people. They are joined this summer by a network of grassroots activists and organizations calling themselves Freedom Sid, which hopes to recruit and train over 4,000 volunteers and register more than 30,000 young voters in Mississippi, Texas, Florida and Ohio. Their efforts are aimed at a broad spectrum of social ills, from the restriction of voting rights to mass incarceration to immigration reform to youth unemployment. “The best way to commemorate Freedom Summer,” the group says, “is to reinvent it and take back the democratic process for our generation.”

Indeed, freedom takes more than a summer. It’s time for all of us to earn our insurgencies.

Katrina vanden Heuvel is editor of The Nation.