Since Fidel Castro and his band of armed communist militants overthrew a right-wing dictator in 1959, the U.S. has sought to turn back the clock and destabilize Castro.

Today is no different. While contemporary means of fomenting unrest in Cuba may be novel, the underlying goal is the same: bring Cuba back into the U.S. orbit.

Last week, the Associated Press revealedthe latest method the U.S. sought to employ towards that goal. The news agency exposed a secret American program to enlist thousands of young Cubans onto a Twitter-like social network to organize protests to bring down the Castro government, which is now run by Raul Castro, Fidel’s brother. 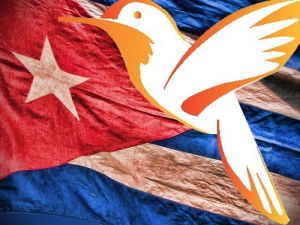 While past attempts at overthrowing Castro were run (and bungled) by the Central Intelligence Agency, this plan was run by the U.S. Agency for International Development (USAID), putting the program out of the reach of Congressional overseers.  Using foreign shell accounts and unwitting executives, USAID launched ZunZuneo—Cuban slang for a hummingbird’s tweet. USAID is known for spending money on humanitarian relief, but as the AP shows, it serves another purpose: funding initiatives to help overthrow governments that resist U.S. empire.

In order to circumvent Cuban restrictions on the Internet, ZunZuneo was run on text messages. The 40,000 Cubans who signed up for the service, which gave their private data to USAID, were greeted by innocuous messages on sports and music. Users also used it to text among themselves. But once the opportunity arose, USAID’s plan was to organize “smart mobs” in a split second to call for regime change. One USAID document said the goal of ZunZuneo was to “renegotiate the balance of power between the state and society.”

The failed gambit—it ended in 2012 when money for ZunZuneo ran out—was just the latest way the U.S. used “democracy promotion” to undermine foreign governments. USAID, along with the National Endowment for Democracy (NED), has poured cash into programs and organizations with the goal of promoting U.S.-favored political candidates and activist groups  Many, though not all, of the countries targeted by USAID are in Latin America, a region Secretary of State John Kerry called America’s “backyard.” Here are four other countries where the U.S. sought to destabilize unfriendly countries by funding so-called democracy and “transparency” initiatives.

Hugo Chavez’ rise to power in 1999 inaugurated Latin America’s sharp leftward turn away from the United States. In response, both the Bush and Obama administrations have used NED and USAID to organize opposition to Chavez, and after his death, President Nicolas Maduro.

In 2002, a U.S.-backed coup overthrew Chavez, though he rode back to power a few days later after popular protests broke out in opposition to the new government. But the failure of that effort did not stop the U.S. government from trying to destabilize Venezuela.

USAID was one tool used to do this. A State Departmentcable authored in 2006 and published by WikiLeaks revealed that USAID was funding initiatives to support five goals:“penetrating Chavez’s political base,” “dividing Chavismo,” “protecting vital U.S. business” and “isolating Chavez internationally.” These goals were cloaked in the rhetoric of “democracy”—despite the fact that Chavez had been elected in free and fair contests.

The NED, founded by the Reagan administration to counteract the Soviet Union, is today used for similar purposes. They also got in on the action in Venezuela. As Kim Scipes, author ofAFL-CIO’s Secret War against Developing Country Workers: Solidarity or Sabotage?, told the Institute for Public Accuracy, the NED provided over a million dollars to similar “democracy” projects in 2012 alone. “Despite any rhetoric to the contrary, the U.S. continually engages in attacks on and operations within any country it deems acting against its interests, no matter how democratically supported and politically engaged that government is with its own population,” Scipes said in a statement.

The current opposition protests against Maduro, whose support is drawn from the middle- and upper-classes, have likely been bolstered by U.S. government funding. $5 million isearmarked for Venezuelan opposition groups in 2014.

Venezuela and Ukraine have captured the attention of the U.S. press in recent months for street protests that have rocked both countries. And like Venezuela, US democracy funding initiatives have gone to help the movement that overthrew the pro-Russian former president, Viktor Yanukovych.

As Pando Daily’s Mark Ames reported in February 2014, one of the opposition organizations that supported the ultimately successful anti-Yanukovych demonstrations last year was New Citizen, which capitalized on outrage over corruption in Ukraine’s government.

USAID and NED, along with eBay founder Pierre Omidyar’s fund, spent hundreds of thousands of dollars to fund New Citizen, whose head told a news outlet in March 2012 that “we now have 150 NGOs in all the major cities in our ‘clean up Parliament campaign’ to elect and find better parliamentarians.” The New Citizen leader, Oleh Rybachuk, said that these groups wanted a repeat of the 2004 “Orange Revolution,” which overthrew another pro-Russian president.

Jean-Bertrand Aristide may have been corrupt, but he was also the hero of Haiti’s poor. In 1994, Aristide became president of Haiti for a second time. But his rule was cut short by a coup in 2004. The International Republican Institute (IRI) played a key role in his overthrow.

The IRI is funded by the NED, and is affiliated with the Republican Party. (The Democratic-affiliated counterpart is the National Democratic Institute, which plays a similar role.)

The IRI’s point man in Haiti was Stanley Lucas, a member of the Haitian elite who backed the brutally repressive Duvalier family. As Max Blumenthal reported for Salon in 2004,Lucas was involved in efforts to crush pro-democracy uprisings in the impoverished nation.

While working for the IRI, Lucas “conducted a $3 million party-building program in Haiti, training Aristide’s political opponents, uniting them into a single bloc and, according to a former U.S. ambassador there, encouraging them to reject internationally sanctioned power-sharing agreements in order to heighten Haiti’s political crisis,” Blumenthal wrote.

Another left-leaning Latin American leader eventually overthrown was Fernando Lugo, a former Catholic priest. In 2008, Lugo won the presidency with the backing of poor peasants. He promised to implement land distribution policies in a country where the rich hold immense power through ownership of land.

He held on to the presidency until 2012, when a violent incident involving deadly clashes between landless farmers and the police was used as a pretext to initiate impeachment proceedings, made possible by the hold Lugo’s opposition had on the legislature.

Lugo was thrown out of office in a move allied countries called a coup—and USAID was predictably involved.

As theNation’sNatalia Viana reported last year, “his ouster was facilitated by entities in Paraguay who not only wanted him gone from the moment he was elected, but who enjoyed financial support from the United States.” The key player was USAID, which renewed investments in Paraguay after Lugo’s election and funded influential figures involved in the impeachment of Lugo.

When Manuel Zelaya was elected president of Honduras in 2006, poor people were hopeful. Zelaya was bent on lessening income inequality and providing free education to children. But the Honduran elite were worried Zelaya would challenge their privilege and power.

In 2009, Zelaya was overthrown by the military after the Supreme Court ruled that a Zelaya-supported referendum to change the country’s constitution was illegal.

The Obama administration initially condemned the coup, but quickly threw its support behind the new government. The International Republican Institute and the National Democratic Institute did the same. While there’s no hard evidence that the NDI and IRI funded groups that fomented the coup, the political party-linked organizations did legitimize the coup in its aftermath.

The IRI and NDI sent election observers to a post-coup election that took place in an atmosphere thoroughly dominated by the military that subverted democracy in the country. Not surprisingly, the the right-wing Porfirio “Pepe” Lobo Sosa won the election, and unleashed the forces of state repression on dissidents in the country.

The IRI and NDI both concluded that the elections were “peaceful,” with the IRI going a step further and calling them “credible.”