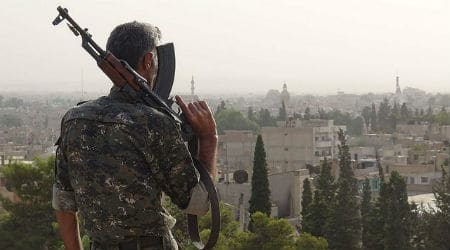 The hot new policy idea in Washington is the hottest old idea: direct US military intervention in Syria’s civil war.

In the past several months, the siege of the rebel-held eastern part of the city of Aleppo has dramatized the war’s terrible cost. In the last presidential debate, Hillary Clinton proposedimposing a no-fly zone in the country and setting up “safe havens” somewhere in Syria, where neither ISIS nor Bashar al-Assad’s forces can tread. A bevy of foreign policy heavyweights, ranging from Democratic foreign policy hand Zbigniew Brzezinski to John McCain, have made similar proposals. It seems like there’s a new such proposal somewhere in the American media every day.

It’s hard not to sympathize with these calls. At least 400,000 people have been killed in Syria, and more than half of the country’s 23 million citizens have been displaced. If there’s ever a case for the use of US force, it’s stopping a catastrophe like this.

But that case assumes the policy ideas in question would actually make things better. And that’s very much in doubt for three big reasons, each of which stems from the conflict’s immense complexity. It’s hard to avoid fighting Russia, difficult to avoid sending large numbers of US ground troops, and virtually impossible to help your allies without also helping jihadists. Each of these issues, if mishandled, could end up making things in Syria worse rather than better.

I’m not saying it’s impossible to overcome the three issues. Maybe there’s a Syria plan that could. But I am saying it’s irresponsible to advocate intervening in Syria without explaining, in detail, how your plan will avoid making a terrible situation even worse.