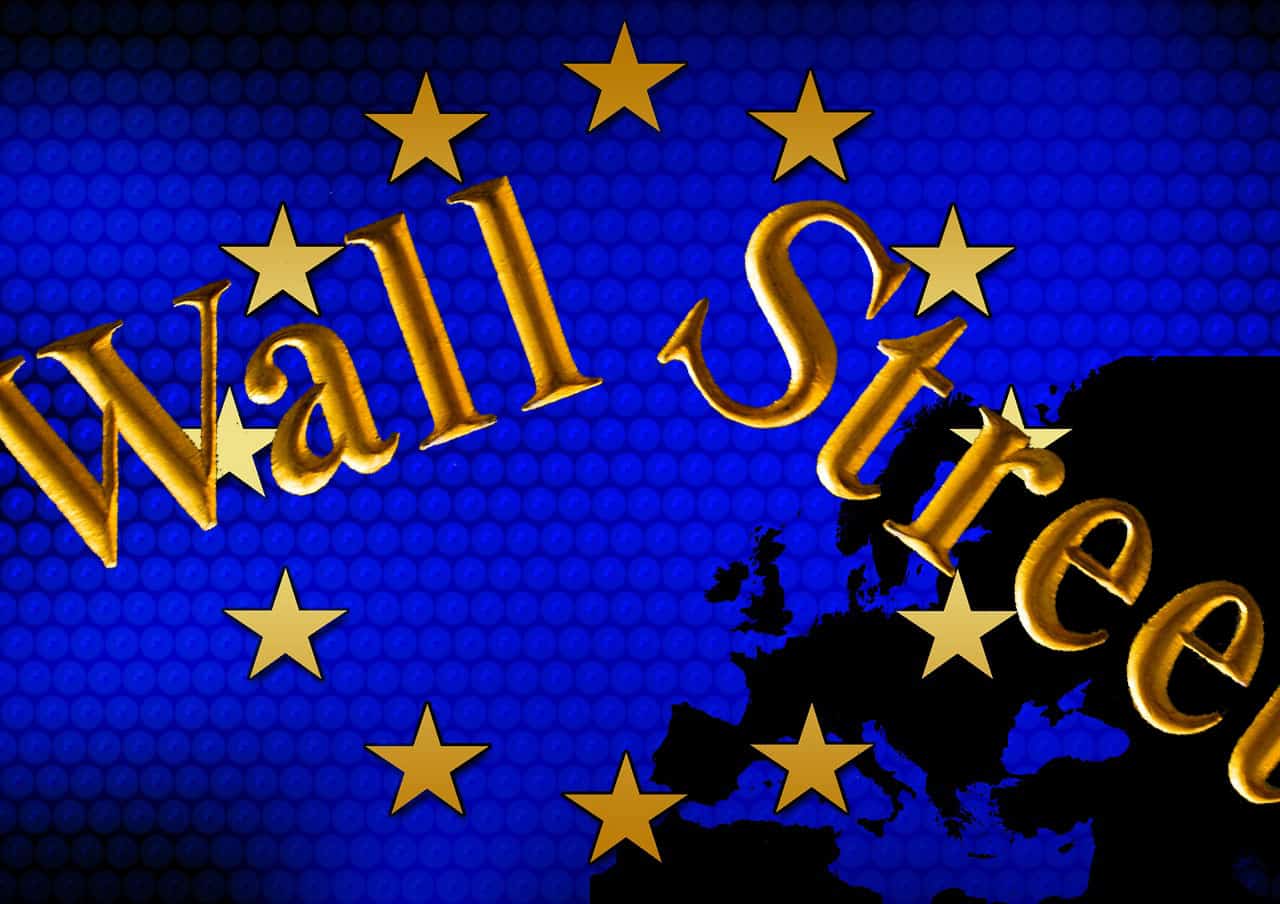 Great Britain’s decision to leave the European Union has wiped out many bankers and global speculators. They will turn, as they did in 2008, to governments to rescue them from default. Most governments, including ours, will probably comply.

Will the American public passively permit another massive bailout of the banks? Will it accept more punishing programs of austerity to pay for this bailout? Will a viable socialism rise out of the economic chaos to halt further looting of the U.S. Treasury and the continued reconfiguration of the economy into neofeudalism? Or will a right-wing populism, with heavy undertones of fascism, ascend to power because of a failure on the part of the left to defend a population once again betrayed?

Whatever happens next will be chaotic. Global financial markets, which lost heavily on derivatives, are already in free fall. The value of the British pound has dropped by over 9 percent and British bank stock prices by over 25 percent. This decline has wiped out the net worth of many Wall Street brokerage houses and banks, leaving them with negative equity. The Brexit voteseverely cripples and perhaps kills the eurozone and, happily, stymies trade agreements such as the Trans-Pacific Partnership. It throws the viability of NATO and American imperial designs in Eastern Europe and the Middle East into question. The British public’s repudiation of neoliberal economics also has the potential to upend the presidential elections. The Democratic Party will orchestrate a rescue of Wall Street if there is a call for a bailout. Donald Trump and the Republicans, by opposing a bailout, can ride popular revulsion to power.

“A lot of banks in America and Europe that held their money in Great Britain just lost 9 percent at current exchange rates,” said economist Michael Hudsonwhen I reached him in New York by phone. “They have probably not hedged it. There have probably been large Wall Street institutions that made bets believing that Britain would remain in the European Union. There are firms and banks, I suspect, which have lost hundreds of billions of dollars. There is talk of another Lehman Brothers. We don’t yet know who it will be.”

The Democratic Party, by rescuing Wall Street, will be unmasked as the handmaidens of the financial elite.

“I expect Obama to do whatever he is told to do by Wall Street,” Hudson said. “He has turned over management of the economy to his campaign contributors from Goldman Sachs and Chase Manhattan. He does not have views of his own, other than self-promotion. He wants his presidential library. He wants to have a big foundation like the Clintons. Most of the population will oppose a bailout, of course, and he will cry all the way to the bank.”

Economies built on scaffolds of debt eventually collapse. There comes a moment when the service of the debt, as we see in Greece, becomes unsustainable. More and more draconian austerity measures are imposed on a captive public to pay banks and bondholders until these measures reach an intolerable level. The people revolt. The system crashes. This is what happened in Britain.

The war against international finance, and the array of intergovernmental systems and institutions used to enforce the predatory beast of global speculation, has begun. The question is, who will win? Will it be the banks, which intend to continue to pillage economies? Or will it be popular movements that will rise up to cancel debt and reinstate economic and political sovereignty?

Hudson sees the crisis in Europe as, in part, spawned by the U.S. intervention in the Middle East and the Ukraine.

“If there is anyone who is responsible for the Brexit, it is Hillary Clinton and Barack Obama,” he said. “They destroyed Libya. They turned over Libyan weapons to [Islamic State], al-Qaida and [Nusra Front]. It was their war in Syria, where many of these weapons ended up, which created the massive exodus of refugees into Europe. This exodus exacerbated nationalism and anti-immigrant sentiment. Clinton and Obama are also responsible for a huge exodus of Ukrainians. This is all a response to American war policy in the Middle East and the Ukraine. In central Europe, with the expansion of NATO, Washington is meanwhile demanding that governments spend billions on weapons rather than on recovering the economy.”

The eurozone prohibits central banks from financing government budget deficits. Countries in the eurozone have, in effect, surrendered economic and political sovereignty. They cannot create money to cope with their budget deficits or pump money into the economy. This, Hudson said, has “turned the eurozone into a dead zone since 2008.”

“The eurozone now shrinks economies through debt deflation,” said Hudson, author of “Killing the Host: How Financial Parasites and Debt Bondage Destroy the Global Economy.” “That is one of the factors that led the British and the euroskeptic parties to say, ‘We don’t want to be a part of a Europe run by banks that impose debt deflation. We want governments that can create their own money to re-inflate the economy and build economic recovery.’ As long as a country remains part of the eurozone, bankers will continue to lower wages and wipe out pension funds to pay bondholders. The Brexit vote reverses this rotten program. There are now calls from the Netherlands, France and Austria for a similar referendum.”

“The debt imposed on countries like Greece can never be paid off,” Hudson went on. “And the intention is that it can never be paid off. The banks use this inability to pay to insist that governments sell off more and more of the public domain and privatize. Debt is the lever used to force privatization. It takes away the power to carry out public investment and build a public infrastructure.

“Some financial firms, banks and perhaps even governments will now default,” Hudson predicted. “The French and other European banks will try and pick up the banking business that operated out of London. There is going to be a huge loss by British banks. The taxes paid by these firms and banks will disappear from the British economy. Who is the British central bank going to create money for in this crisis? Is it going to put money into the economy, or is it going to pay for a new wave of quantitative easing so the banks can make up the losses on their bad bets?”

Britain’s withdrawal from the eurozone will damage not only the international banking system, but hamper Washington’s aggressive policies toward Russia and the Ukraine. Britain has served within the EU as an American proxy. German Social Democratic Party leaders, who have accused NATO of warmongering, have already called for the lifting of the sanctions against Russia. And there is a growing reluctance to continue supporting endless war in the Middle East.

“By breaking with the European bankers, you also ultimately break with the American domination of Europe through NATO,” Hudson said.

“At some point, governments are going to have to put their own populations and economies above those of predators,” he said. “The only question is, how long it will take the political system to realize the debts imposed on them by the banks cannot be paid? How long will it take to turn this mathematical certainty into a political response?”

If the liberal class, embodied by the Democratic Party and bankrupt socialist parties in countries such as France, continue to serve the bankers, the right wing will have an easy route to power. This will be true in Europe and the United States.

Trump, in Scotland, heralded the vote to leave the EU as “a great thing.”

Hudson said such a stance could propel Trump and other right-wing populists to power.

“I can see Trump winning the election if he opposes what I expect will be the coming bailout of Wall Street,” Hudson said. “By the time Obama leaves office, the economy will probably be wrecked. I see us undergoing a slow crash. The economy will go down and down and down. If the Democrats give more money to Wall Street and creditors, if they say the debts have to be repaid, if they again use government to hand money to the 1 percent, they will be discredited. Economic chaos always leads to political chaos. The only way to stop this move to the right is for genuine socialist movements and parties, such as Podemos in Spain, to organize and challenge the international banking system and its enablers in the political establishment. And they need to do it now.”