[EDITOR’S NOTE:  The Peninsula Peace & Justice Center does not endorse candidates for political office.  This is a great article but we had to make changes to the  first paragraph and the last two paragraphs to remove particular candidates’ names.  Check the original article here to see the unaltered paragraphs.] 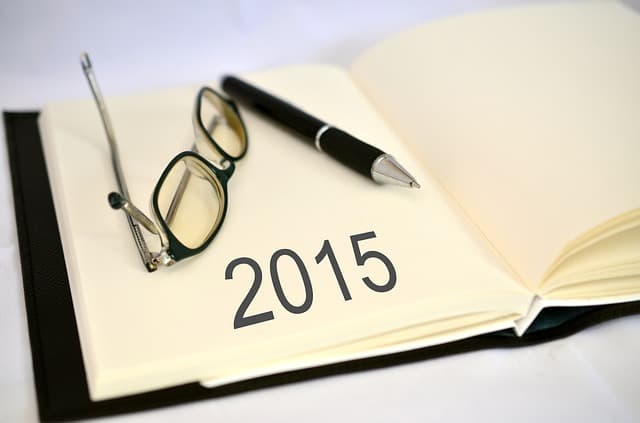 It would certainly be easy to do a piece about 10 horrible events from 2015, from the ongoing war in Syria and the refugee crisis, to the bombings in Beirut, Paris and San Bernardino, to the rise of Islamophobia. But that wouldn’t be a very inspiring way to bid farewell to this year and usher in a new one. So let’s look at 10 reasons to feel better about 2015.

1. Iran nuclear deal: Despite significant political opposition and millions of dollars spent to try to quash the deal, the nuclear agreement with Iran was passed and the possibility of another US military entanglement was narrowly avoided. The powerful lobby AIPAC had its wings clipped, as did Israel’s Bibi Netanyahu (except that the deal unfortunately came with a payoff of even more US tax dollars going to the Israeli military).

2. Cuba thaw: It’s official! The US and Cuba now have embassies in each other’s territory for the first time in over half a century. The year has been marked by a UN meeting between Castro and Obama, more travelers to Cuba and more trade between both countries — but Congress still needs to lift the trade embargo, fully lift the travel ban, and return the Guantanamo naval base to the Cubans!

3. Keystone pipeline ain’t happenin’. After years of stellar grassroots activism against the Keystone pipeline (and years of lobbying by the oil companies), President Obama finally took the side of the activists (and the planet) by shutting down the project. And while the Paris climate talks did not result in the dramatic commitments we need to stop global climate chaos, they did raise consciousness and move the global community in the right direction.

4. The Black Lives Matter movement gets results. This incredible uprising has forced issues of racial injustice into the national spotlight and created real reforms within communities across the country. The Movement for Black Lives got its momentum in the streets of Ferguson, Missouri and spread throughout the nation. Cops have been convicted, police chiefs have been ousted, citizen review boards have been empowered, confederate flags have come down, buildings named after racists have been renamed, presidential candidates have been forced to talk about race. Kudos to the many young black activists leading the way.

5. Canada welcomes refugees. While Donald Trump threatens to ban Muslims from the US, newly elected Canadian Prime Minister Justin Trudeau showed the rest of the world how a country can open its doors –– and hearts –– to Syrian refugees. Trudeau and other smiling officialswelcomed the first batch of Syrian refugees with flowers, toys, clothing, goodwill and the heartfelt declaration, “You are home.” “We get to show the world how to open our hearts and welcome in people who are fleeing extraordinarily difficult situations…because we definea Canadian not by a skin color or a language or a religion or a background, but by a shared set of values, aspirations, hopes and dreams,” Trudeau proclaimed.

6.Jeremy Corbyn heads UK Labor Party! Running on an anti-war, anti-austerity, and pro-refugee platform, longtime progressive parliamentarian Jeremy Corbyn earned a whopping 59% of his party’s votes. In an interview with Democracy Now’s Amy Goodman, Corbyn voiced his support for diplomacy and his aversion to airstrikes in the Middle East: “I want a world of peace. I’m not interested in bombs. I’m not interested in wars. I’m interested in peace.” Wouldn’t that be nice to hear from Democratic Minority Leader Nancy Pelosi?

7. Same-sex marriage was legalized in the US! In a landmark and long-awaited decision, the Supreme Court declared same-sex marriage a federal right. On June 26, the LGBTQ community and its allies rejoiced and took the streets to celebrate the Obergefell v. Hodges ruling. While there have been some minor setbacks since then (primarily due to bigots like Kentucky county clerk Kim Davis), there is no turning back now.

8. Ten years of BDS wins. The non-violent, non-sectarian, Palestinian-led movement for Boycott, Divestment and Sanctions (BDS) against Israel has seen a decade of victories. Key this year was the decision by the European Union that goods produced on land seized in the 1967 war must be labeled “Made in Settlements” (not “Made in Israel”), which will deprive Israel the corresponding tax benefits. The former Israeli intelligence chief Shabtai Shavit is convincedthat BDS has become a “critical” challenge to Israel, while the former prime minister Ehud Barak admits it is reaching a “tipping point.” In a desperate attempt to counter the momentum of BDS, Israeli Embassy officials in DC sent holiday gifts exclusively made in settlements to the White House this year.

9. Marijuana becomes mainstream. What a year of momentum to end our country’s disastrous war on drugs and mass incarceration. Marijuana is now legal in Colorado, Washington. Alaska, Oregon and Washington D.C., California and others will hit the ballot box in 2016 to hopefully push us past the tipping pointon marijuana legalization. President Obama, the first president to visit a prison, spoke out forcefully against mass incarceration and for criminal justice reform, and is helping formerly incarcerated people re-enter society by “banning the box” for those applying for federal jobs.

10. A positive movement in the presidential campaign! The energy that has been mobilized among young progressives has been phenomenal. Droves of people have been flocking to hear talk about breaking up big banks, a financial transaction tax to make college education free, single-payer healthcare and other ideas to make our society more just. Wouldn’t it be great if this movement could continue after the race is over?

So while this holiday season the nation is obsessed with the special effects of Star Wars, may we bring in the new year truly striking back at the injustices of the empire. May the force be with the grassroots activists trying to build a more peaceful world.

Medea Benjamin (medea@globalexchange.org), cofounder of Global Exchange andCODEPINK: Women for Peace, is the author of Drone Warfare: Killing by Remote Control. Her previous books include Don’t Be Afraid Gringo: A Honduran Woman Speaks from the Heart., and (with Jodie Evans) Stop the Next War Now (Inner Ocean Action Guide).