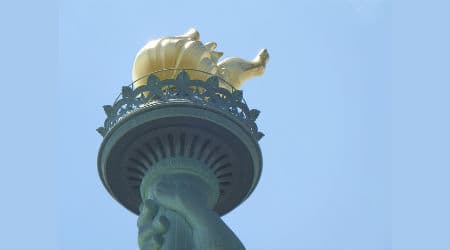 EDITOR’S NOTE: Add your name to the voices calling on Congress to act with humanity and take in Syrian refugees.

Four years ago, the people of Syria rose up to demand democratic reforms and the release of political prisoners. Bashar al-Assad’s response was to brutally repress the protesters, pushing his country into a civil war that has attracted local and foreign rebels, among them the terrorists of ISIS. This long and bloody conflict has already cost the lives of a quarter of a million people, displaced 8 million civilians internally, and caused another 4 million to flee.

While Turkey, Lebanon, and Jordan have taken in hundreds of thousands of refugees, and while Germany opened its doors to them, the United States has said it would take in only 10,000. Now, in the wake of the terrorist attacks in Paris, even that small number is in question. Republican governors from 30 states have said they will not take in refugees. The House of Representatives has passed a bill that aims to stop resettlement of both Syrian and Iraqi refugees. Yet the United States, too, bears its share of responsibility for this crisis. The disastrous invasion of Iraq has been a catalyst of the events that ultimately led to the creation of ISIS, from whom Syrian refugees are now fleeing.

Refugees are not the enemy. Refugees are our spouses, our parents, our grandparents. Some among us are refugees themselves; others have experienced the violence of war. But we are all writers. As such it is our duty to bear witness. Together we call upon the government of the United States to take in Syrian refugees, to act with humanity, and to honor Emma Lazarus’s words, chiseled on the Statue of Liberty: “A mighty woman with a torch, whose flame is the imprisoned lightning, and her name Mother of Exiles.”

Add your name to the voices calling on Congress to act with humanity and take in Syrian refugees.

REZA ASLAN TWITTER Reza Aslan, a scholar of religions, is the author of No god but God: The Origins, Evolution, and Future of Islam (Random House), recently published in paperback.

GERALDINE BROOKS Geraldine Brooks is an Australian American journalist and author whose 2005 novel, March, won the Pulitzer Prize for Fiction.

ALEKSANDAR HEMON TWITTER Aleksandar Hemon is the author of The Making of Zombie Wars and other books.

MARLON JAMES TWITTER Marlon James is a Jamaican novelist and the author of A Brief History of Seven Killings, the winner of the 2015 Man Booker Prize.

PHIL KLAY TWITTER Phil Klay is a veteran of the U.S. Marine Corps and the author ofRedeployment, which won the 2014 National Book Award for Fiction

LAILA LALAMI TWITTER Laila Lalami is the author, most recently, of The Moor’s Account, a finalist for the Pulitzer Prize for fiction. She is a professor of creative writing at the University of California, Riverside.

TOM LUTZ Tom Lutz is an American writer and literary critic, and founder and editor-in-chief of the Los Angeles Review of Books.

MAAZA MENGISTE TWITTER Maaza Mengiste is a Fulbright Scholar, photographer, and the award-winning author of Beneath the Lion’s Gaze.

GARY SHTEYNGART TWITTER Gary Shteyngart was born in Leningrad in 1972 and came to the United States seven years later. He is the author of the novel Super Sad True Love Story

JANE SMILEY Jane Smiley is a novelist and an essayist. Her most recent novel isGolden Age, published by Knopf.