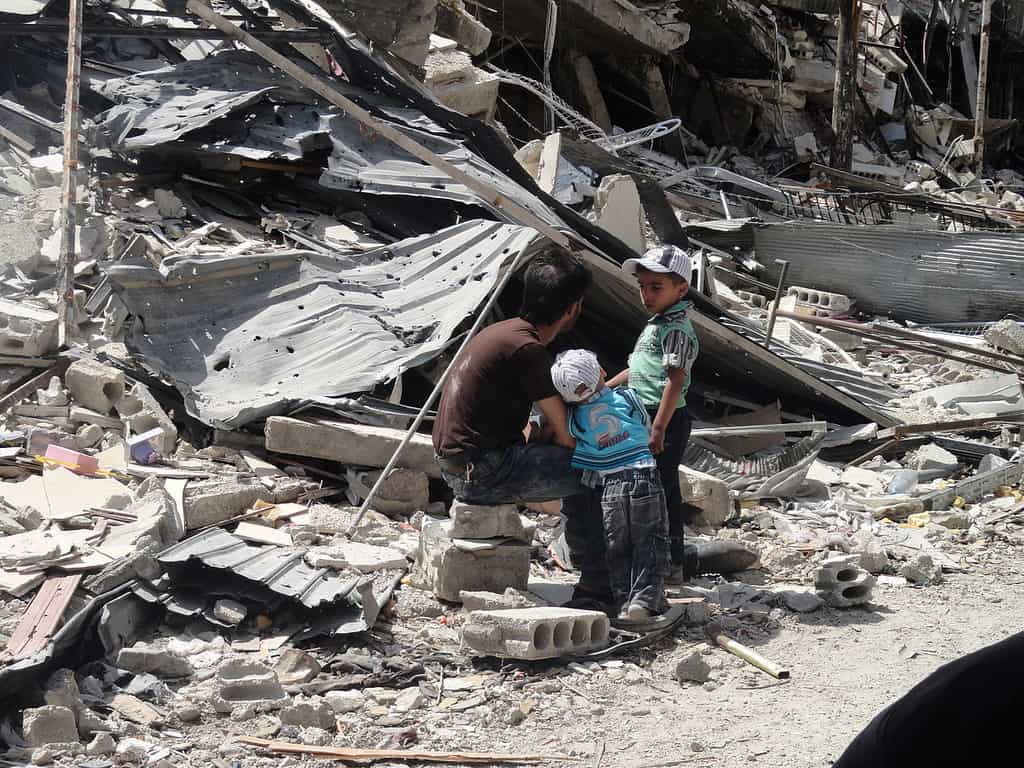 After the horrific terror attacks in Paris and Beirut and the downing of a Russian jetliner over the Sinai, as many as 31 US governors said Syrian refugees were unwelcome. By contrast, President Barack Obama called on world leaders to continue to accept refugees, saying that many “are victims of terrorism themselves.”

We agree. We recognize that these attacks will feed into a European—and indeed a global—sense of insecurity and vulnerability. But this is no time for the world to close the door to the refugees. We also believe that while much attention has rightly focused on the plight of Syrian refugees overall, we must pay special attention to the Palestinian refugees from Syria, who are among the most vulnerable: They are still stateless after decades in exile, and they have been denied rights granted to other refugees, including in Jordan, Lebanon, Egypt, and Turkey.

At the start of the Syrian conflict, there were 560,000 Palestinian refugees living in Syria. Those Palestinians who have fled Syria have seen their mobility and access to international protection curtailed, in part because of their special legal status under an exclusion clause in the 1951 UN convention on the status of refugees.

This special status has created an opportunity for discrimination. Because Palestinian refugees do not have the same rights under the mandate of the UN High Commissioner for Refugees (UNHCR) as other refugees from Syria in Middle Eastern countries, they live in constant fear of arrest and forced return to Syria.

For example, in 2013, the Jordanian government announced a non-entry policyfor Palestinian refugees. Palestinians who fled Syria for Jordan cannot legally live in the refugee camps established for Syrians, nor do they have the legal right to earn money to rent other housing. Jordanian Prime Minister Abdullah Ensour has justified Jordan’s restrictive policies as necessary to avoid absolving Israel of its responsibility to allow Palestinian refugees the right of return.

In Lebanon, as of May 2014, Syria-registered Palestinian refugees could only enter if they had documents for travel to a third country, limiting their stay to a maximum of nine hours. Restrictions on the ability of Palestinians from Syria to legally renew residency papers put the majority under the threat of arrest and deportation to Syria.

In Egypt, only Palestinian refugees are prevented from registering with the UNHCR, and thus cannot get residency permits, receive food vouchers, or medical assistance. Nor can they benefit from any other UNHCR services. Palestinians fleeing Syria for Egypt have been subjected to arbitrary arrest, prolonged detention or deportation, and collective expulsion.

And in Turkey, there are reports of Palestinian refugees from Syria beingassaulted by border guards when trying to enter the country.

Meanwhile, Palestinian refugee camps in Syria have suffered significant shelling, destruction, and massive displacement of their populations as a result of the conflict. Yarmouk camp, for example, has been under siege since 2012, yet no aid has been allowed in for months. In addition, the United Nations Relief and Works Agency for Palestine Refugees (UNRWA), established after the 1948 Arab-Israeli war, has not been able to distribute food aid to areas surrounding the camp since June of this year.

Given the harsh realities they face, an increasing number of Palestinian refugees from Syria are opting, alongside their Syrian counterparts, to continue on to Europe. Many are paying exorbitant fees to smugglers and human traffickers. Their routes by sea or overland are treacherous, and they face the risk of being turned back by border guards.

The US- and Russia-led talks in Vienna have come up with a transition plan to the Syria conflict. But there is clearly no immediate solution for the millions of refugees who have fled the Syrian conflict. Indeed, in the midst of the crisis, Israeli Prime Minister Benjamin Netanyahu  proposed revoking the IDs of between 80,000 and 100,000 Palestinians from Jerusalem. He would thus add to the Palestinian injustice lived since 1948, when Israel’s creation forced over 700,000 Palestinians out of their country, many of whom found refuge in Syria.

As the representative of the Palestinian people, the Palestine Liberation Organization has a responsibility to intervene on behalf of Syria’s Palestinians, at the very least making a more vigorous diplomatic effort to help ensure their protection and find solutions to their plight. Last but not least, the international community must put pressure on the Israeli government to shoulder the responsibility for the tragedy it created and to implement UN Resolution 194, which recognizes the right of Palestinians to return to their homeland.